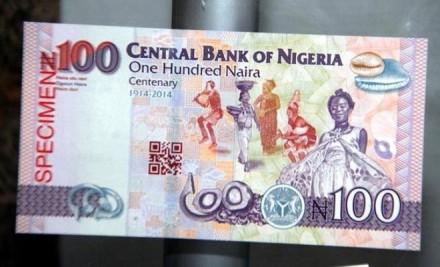 Language can sometimes become a very sensitive political issue; especially in multilingual nations with clear divisions in terms of ethnicity, tribe or religious beliefs. Nigeria has become the latest African country to witness the deep ties to language and the risks at stake when politics and language mix. 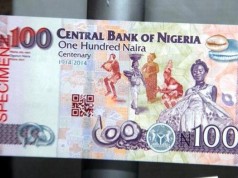 Last year the Central Bank of Nigeria issued a new 100-naira banknote. This was to commemorate the union in 1914 of the north and south. The new note came with some fancy digital features yet one massive exclusion soon caused a stir.

Banknotes previously had always nodded to the Muslim make-up of Hausa speakers by using the Arabic script when writing the words “Naira dari,” Hausa for “one hundred naira.”

Instead of the Arabic, the new notes are printed, like the Yoruba and Igbo, in small Roman letters, to the right of the larger centered text in English, the country’s official language.

The move has now caused a stir with Muslims arguing that it is anti-Islamic, whereas secularists argue that religion needs to completely stay out of state affairs.

In an insightful article on Pulse, Caelainn Hoga digs further into the issue uncovering some fascinating history over language in the local region.

In it he interviews Musa S. Muhammad, an archivist in the northern city of Kaduna, to get a sense of the historical currents underlying the controversy. Arabic script, he explained, had always been printed on nearly every banknote since the naira was introduced, in 1973. It also appeared on previous currencies including coins minted under the reign of King George VI’s where Latin also made an appearance next to English and Hausa.

The letters on the notes apparently are as secular in origin as the Roman alphabet used in modern Bibles. “Any non-Arab language written in Arabic script we call Ajami,” he said.  He lists the indigenous languages that were first written down in Ajami:

Hausa, which is spoken by more than thirty million people across West Africa

Fulfulde, which is spoken by the Fulani, nomadic herdsmen spread across the Sahel

Nupe, spoken by the Nupe people in Nigeria’s Middle Belt

and Yoruba, the language of Nigeria’s second-biggest ethnic group

Musa goes on to explain that the recent dropping Ajami started back in February, 2007, when the Nigerian government removed Arabic script from some lower-denomination notes. It was at that time that Boko Haram was trying to destabilize Nigeira so the Central Bank released a statement that year saying that it had removed the Ajami in order to foster national unity.

Some argue that Ajami is a dead or at least dying language yet Musa disagees pointing out that millions of children in the north of Nigeria who lack modern education rely solely on Ajami. Would it be fair to remove this from them? Also local religious scholars still use and communicate in Ajami, fostering ties and spreading learning. Removing Ajami could be disastorous for knowledge of Islam in the region as all the traditional books use the language.

Has the Nigerian government potentially opened a linguistic Pandora’s box?