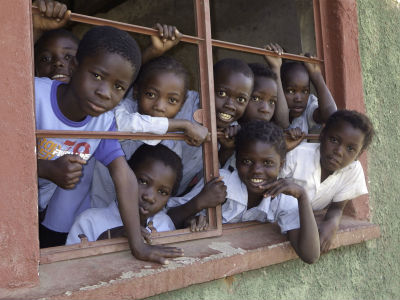 In Zambia, the government recently passed a new rule which states primary school children have to be instructed in the local languages spoken in the country instead of English. This decision, however, struck a negative chord with people from all ranks of society. 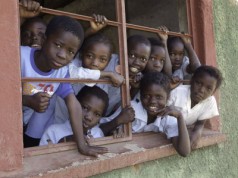 As you might have read, the Zambian government has decided all primary school children must be taught the local languages of their region, taking the place of English as the language of instruction. In his article on Global Voices, Gershom Ndhlovu provides us with a little more detail into the matter.

Ndhlovu starts off by explaining the Zambian school system: in the country, lower primary school encompasses Grade 1 to 4. As there is no fixed age at which Zambian children are supposed to start their career at school, children from 3 to 12 years old can be found in the classrooms of a primary school, he says.

According to Ndhlovu, the traditional leaders in Zambia, the chiefs, are not very happy with the curriculum change. He believes the difficulty with the new rule is that even though there are 73 different recognised languages in Zambia, only seven of these have been selected as languages of instruction. These languages are the ones that have been recognised for official communication and include Nyanja, Bemba, Tonga, Lozi, Kaonde, Lunda and Luvale.

A year before the measure became official, Justice Minister and Secretary General of the ruling party Patriotic Front Wynter Kabimba already asked himself why English is so important as a means of communication in Zambia. He believed the language is not relevant  for the country’s needs and that national languages give a country a strong identity.

Ndhlovu gives the example of protests that occurred at a rural school in the Zambezi District. In the district, both Lunda and Luvale are spoken, but Lunda was chosen was the sole language of instruction. As a result of the protests that arose, the school temporarily closed.

More critical comments came from blogger Munshya wa Munshya, who believes the new policy is the result of useless Pan-Africanist motives. Munshya thinks the government decided on the measure to get rid of the foreign English language, but that their decision lacks a solid basis. He even calls the new rule ‘absurd,’ as the seven languages selected to teach in are far from being the only local languages in the country.

In the Copperbelt province, Ndhlovu says, Chiefs chose their native Lamba language that is spoken in the rural areas of the country as the language of instruction in primary schools over the Bemba language that is widely spoken in urbanised areas. In response to this, Senior Chief Chiwala made a statement that stated he felt the decision is “a violation of human rights” because it forces a language upon children that is not they native language.

The possibility has been suggested to teach the selected languages to Zambian chiefs in the Lusaka Province, but Chieftainess Nkomeshya of the Soli has expressed her discontent about this idea. According to Ndhlovu, Solis now have to learn Chewa/Nyanja, which almost lead to the distinction of the Soli language.  Likewise, inhabitants of the Central Province also opposed the idea of using languages other than their native Lenje as the language of instruction in primary schools.