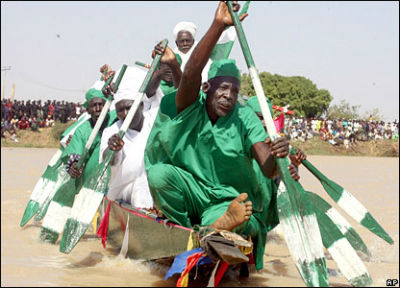 Are Nigeria’s Native Languages in Danger?

Reports have revealed that many indigenous languages spoken in Nigeria face troublesome times if no immediate actions are taken to protect them. 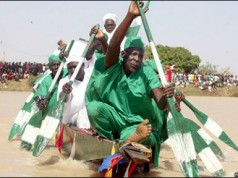 BBC News discusses the bad state of Nigeria’s local languages in a recent online article. The article shares the results of a newspaper report from the Guardian stating that due to outside influences and neglect, 62 of the 529 languages in the country are either “in trouble” or, even worse, “dying.” Moreover, the future for up to 200 local Nigerian Languages is unclear.

According to Kole Omotoso, professor at the Adekunle Ajasin University, the linguistic diversity in Nigeria is one of the highest in the world. However, many of the languages are in dire need of protection as many children are not taught the indigenous languages, he says. Omotoso also believes Nigeria’s local languages are not as widely researched as their European, American and Australian counterparts.

In Nigeria, Hausa, Igbo and Yoruba are the three dominant languages. To enable proper communication between the speakers of all the 529 different languages, the BBC states that English plays quite a large role in society as well. Samual Aje, who is a linguistics expert, points out that as language is a means to define customs and traditions, neglecting indigenous languages has added to the hardships endured by a lot of countries on the African continent.

A suggestion by Nigerian officials to put local languages back in the limelight, the BBC says, has been to limit the number of international shows on Nigerian TV and radio channels. According to the head of a cultural group, unlimited access to these kinds of shows means the Nigerian people no longer take pride in their own language. As a consequence, the state of the indigenous languages could even become worse than it is now.

The BBC states that Nigeria is far from the only country in which indigenous languages are in danger: the website concludes by saying that Unesco predicts that at the end of this century, 6,000 different languages across the globe might have become extinct. All the more reason to take action now!