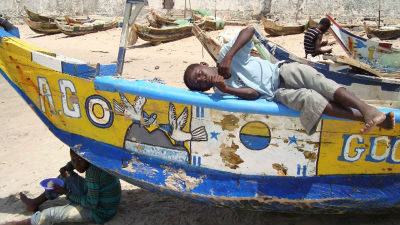 During the inauguration of the language department of the University of Cape Coast in Ghana, Ghanaian language teachers were asked to put more effort into teaching their students the Fante language. Using the language more often will improve their attitudes towards the local languages, the speakers say. 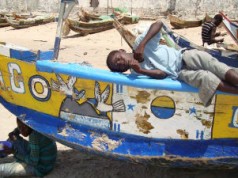 In an article on Vibe Ghana, the editors of the website state language teachers in Ghana are encouraged to make the most out of their language teaching. This way, Vibe Ghana says, the customs and traditions of the country will receive the attention they deserve, which will lead to less ethnocentrism, a stronger national unity and will improve development in the country.

This claim was made in a speech by Mr Lawrence Boesiwa, lecturer at the Department of Ghanaian Languages and Linguistics at the University of Cape Coast, which he held at the inauguration of the Association of Fante Teachers in the Ghanaian city of Sekondi. According to Vibe Ghana, Boesiwa’s lecture was called “The Role of the Ghanaian Language Teacher in Teaching.” In this lecture, Boesiwa also stated that lower primary schools should use the indigenous Ghanaian languages as the language of instruction.

Improving students’ language knowledge will result in better communication skills for the students and strengthen their sense of Ghanaian identity, Boesiwa said. In his speech, he also asked the Fante teachers to make the Fante language the primary language in school. Moreover, the teachers were encouraged to “avoid the stigmatization of teaching and learning Ghanaian languages.”

Another speaker during the event was Nana Ebo Koomson, who held a lecture titled “The Essence of Language in Life.” Koomson, who is the head of the Languages Department at the Methodist Senior High School and according to him, there has been a discussion in Ghana about the implementation of a national language. Having one national language, he says, could bring the elite and the common people closer together and improve development in the country. Koomson also believes that as people can only achieve things in life by using communication, language is “the vehicle of all human endeavours.”

Mr Prosper Nketsiah  and Isaac Boham also spoke during the inauguration. In his lecture,  “Uplifting the Image of the Fante Language,” of Nketsiah, tutor at Sekondi College, asked teachers to use the Fanta language in practically all academic discourses. In addition, he stated that all languages have a dynamic tendency, which is why teachers should be familiar with modern trends, especially when it comes to phonetics and phonology. Nketsiah’s speech was followed by retired educationalist Isaac Boham, who gave an overview of the books written about the Fante language and pressed the association to increase their efforts to strengthen the position of the language.