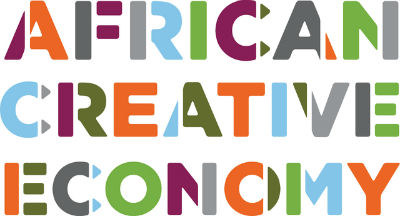 Is Africa’s Creative Sector Key to a Thriving African Economy?

Patrick Kabanda believes that strengthening the creative sector might be the best way to build a solid African economy. 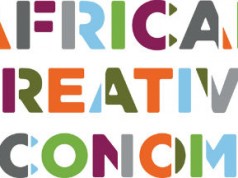 According to Kabanda on the World Policy blog, creative jobs do not have a very high status in Uganda. When he was younger, he wanted to become a musician, but his mother always said this job would not make him any money. After all, the colonialists had deemed African music as “meaningless.” For Ugandan citizens, money is not to be found in the arts, but in mining and oil fields, Kabanda says.

This makes sense: Africa is filled with oil, gas, precious metals and minerals. However, Kabanda believes most of the wealth that is obtained from these resources does not reach the common people because of corruption and tax evasion. Even though he states that the Yoruba people in West Africa have a proverb that says “Wealth that enslaves the owner isn’t wealth,” Kabanda believes the poor people in Africa to be enslaved in poverty.

Because of the widespread poverty, Kabanda wonders how the continent can survive. According to him, the answer might lie in a surprising sector. If the African governments would invest more time and money in cultural activities such as music, literature and the performing arts, their citizens could benefit from the economic and social perks. This way, Kabanda says, Africa might be able to build a sustainable society.

In 2010, the United Nations issued a report on the global creative economy. This report revealed that despite the economic crisis of the past few years, trade in the creative sector in this period only went up. The IT sector, for example, has increased with 325 billion dollars between 2002 and 2008. Moreover, most of this growth comes from developing countries. According to the UN, these countries were responsible for 83 per cent of the exports  in the creative services and 56 per cent of the creative goods. If developing countries find a way to crack the creative market, Kabanda says, they might be able to reap the fruits of their own cultural products.

According to Kabada, creative sectors all around the world lack promotion as people believe the sector is unable to create jobs. However, the movie industry in Nigeria, for example, is evidence that this is not true, Kabanda says. “Nollywood” is currently flourishing and is generating great sums of money. This is also true for projects such as Graphic Africa  and The Design Network Africa, he says. However, there is more to be gained than money as Kabanda believes the employee satisfaction for jobs in the creative sector is higher than the one in mining, for example.

Kabada thinks a stronger creative industry can also positively influence tourism, social inclusion and national identity in a country. He believes that in his own country, Uganda, bands such as Afrigo should be more actively promoted. For this, the country should take a look at South Africa, which honors bands that have fought against apartheid in their own music festival called “Ubuntu: Music and Arts of South Africa.” Artists are even more important because they can inspire people from abroad to invest, study or visit the African continent, Kabada says. Futurebrand, a global brand consultancy, describes the African countries as being “weak brands. ” And just as wildlife, culture can help to strengthen a country’s brand.

Kabada believes culture and development to be interdependent. Moreover, James D. Wolfensohn, who used the be the President of the World Bank, says that identifying a country by means of looking at its culture can tell whether its inhabitants will trust you. He also gives the example of Mali, in which he only saw people being happy when they performed their arts. However, Wolfensohn says, most governments do not think very highly of the cultural sector. He states that he doesn’t even know whether all counties have cultural minister. If they do have one, he says, he is unconvinced of their efforts.

The New Partnership for Africa’s Development, which is the department of the African Union that wishes to promote socio-economic development, believes African countries should find “ways to diversify their economies.” According to the NEPAD, countries can do so by strengthening new sectors, for example. Kabanda believes African countries should take their efforts one step further and take on a cooperative New Partnership for Africa’s Cultural Trade to encourage small creative enterprises. This needs special trade arrangements, he says, and, for example, a better protection of artists’ copyrights, but it is not impossible.

If Africa integrates the cultural and artistic sector better in its economy, Kabanda says, maybe the Yoruba proverb can be changed into “Wealth that comes from creativity is true wealth.” We sure hope so!