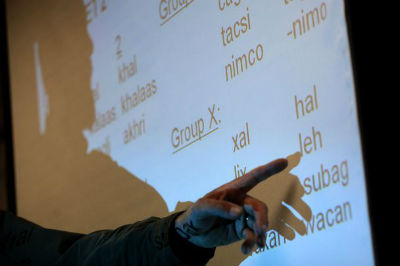 Home » Blog » The Challenges of the Written Somali Language

The Challenges of the Written Somali Language 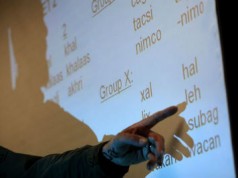 In an article on Sabahi Online, Abdi Moalim gives us an insight into the state of the Somali language. He says that as most schools in Somalia do not have a language curriculum, experts have urged the Somali government and educational institutions to encourage of the use of Somali in written documents.

In the previous century, big steps were made toward the preservation of the written Somali language, Moalim explains. In 1972, an adapted Latin script created by Shire Jama Ahmed was chosen to be the official script of the language. In the years to follow, the Somali government made great efforts to teach the new script to the Somali people. However, according to Moalim, language experts believe the collapse of the government, the wars that have been going on in the country and the collapse of the higher educational institutions that used Somali as their language of instruction have led to serious problems for the language in written form.

According to Professor Mastafe Abdullahi Feynus, the spoken Somali language is very unlikely to become extinct – after all, the number of Somali speakers is increasing. The professor, who is also a researcher and a member of the Intergovernmental Academy of Somali Language, says the problem lies in the written language.

When the civil war put the development of new grammar and spelling books to a halt, he says, Somali was no longer used as the official language of instruction. This is why Feynus believes the number of children who learn to write proper Somali is very small.

Another hurdle is that Somali schools do not employ an advanced language curriculum, Professor Feynus adds. The fall of the government in 1991 was followed by a surge of new private schools, which, according to Moalim, do not have any supervision in terms of their curriculum. As they lack a standard curriculum, he says, the quality of these schools varies greatly. Feynus agrees that Somalia needs a national language curriculum. Moreover, he believes academic institutions must  build upon the work that has been conducted on the Somali language in the 1970s and 1980s to strengthen the use of the written language.

According to Pen’s Chairman Abdinasir Moalim Yusuf, the centre is doing everything it can to boost the written Somali language. He stated that next to international discussions and a book show, the event included trainings in the Somali language for people in the creative industry. This is important as most journalists and writers are not educated in the language.

Veteran journalist Amin Yusuf Khasare, a writer and editor of a website called SomaliTalk, agrees with Yusuf that more people should be trained in the Somali language. According to him, the replacement of newspapers by the radio means that news is sent out to the world without any regard for grammar and other language rules. In addition, he believes this development has also lowered the reading and writing skills of people who now listen to the radio instead of reading newspapers.

Yusuf said to Sabahi that Pen’s International’s Somali Centre is aiming to educate all Somali people in the proper use of their language. He believes everyone should participate in strengthening the position of the language in written form. Furthermore, he stated that the Centre aims to train language activists and wants to hold competitions that can improve Somali as well.

This offers a real insight into some of the challenges facing Somali translators. Due to the fact that the language is ‘unregulated’ as say opposed to French in France in Turkish in Turkey, there are no set standards in terms of the written language. Different spellings alongside grammar and the use of borrowed words all make  it hard to create a “correct” translation as what is correct differs throughout the country. It is important to understand this when carrying out any translations into Somali and spend some time working with the agency to look at where it will be read and by whom.