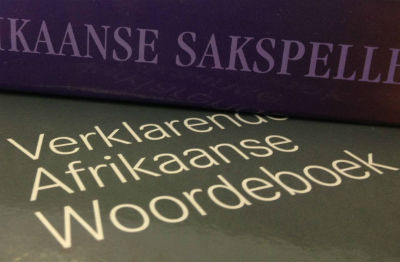 According to an article on IOL News, Afrikaans is being left out in the new language policy created by the South African government. As a result, the writer says, the language is slowly pushed to the margins of South African society. 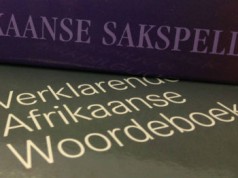 In an article on IOL News, Andries Visagie points out the downfall of the African language that is likely to occur if no measures are taken.

According to the professor of Afrikaans and Dutch literature at the University of Pretoria, the census that was held in the country of South Africa in 2011 produced some interesting results: the number of speakers of the Afrikaans language, for example, had increased by 800,000 people.

In terms of languages spoken at home, Afrikaans is the third biggest language in South African, Visagie says. Moreover, the language is also used in Namibia as a language of communication and the Afrikaans book market is flourishing. Thus, according to Visagie, many people are optimistic about the state of Afrikaans. However, he believes that the language is being pushed to the side line as South African companies and institutions tend to limit the number of industries in which people can speak Afrikaans. Visagie wonders whether Afrikaans will be able to surpass these threats and remain a thriving mother tongue.

Over half of the first-language speakers of Afrikaans are “coloured” South Africans, Visagie says. He states that this group of speakers feels left out because they believe the Cape dialect of Afrikaans is not represented properly in the standard language. He thinks this is why young coloured commentators and poets such as Nathan Trantraal have started a debate on the legitimacy of Standaardafrikaans. According to Visagie, this debate indicates that the Suid-Afrikaanse Akademie vir Wetenskap en Kuns’s language commission, which is in charge about the language, should reconsider its rules.

Moreover, he says, the media should have a big say in the creation of these new rules. Visagie also believes the different varieties of Afrikaans should be acknowledged. This is important because many speakers of non-standard varieties of Afrikaans turn to English as their language of choice because they don’t feel a connection with Standardafrikaans. Visagie says that the unification of the Afrikaans language community is hindered by the existing race divisions.

According to Visagie, the language policies adopted by the South African government are not helping the Afrikaans language either. The government is making plans to encourage the use of the Nguni and Sotho languages and is a big supporter of the English language, he says, but legislative support for Afrikaans is nowhere to be found. In fact, Afrikaans is the only official language not included in the government’s new legislation.

This decision, Visagie says, has probably been made on the grounds that Afrikaans was heavily promoted in the last century. It is likely that the government believes the language should take what Visagie calls a “chiller corner of the linguistic landscape.” He even thinks the omission might be a way to punish  the Afrikaans speaking community. After all, the decision has already affected the position of Afrikaans in certain public institutions. The University of KawZulu-Natal, for example, closed their Afrikaans department last year and other universities have been encouraged to adopt the English language as well, Visagie says.

According to Visagie, the lobby for African languages has not yielded much result yet – the government might promote the languages, but continues to use English as their preferred language. However, Visagie is not losing heart for the matter. He hopes that the recent awareness about the importance of educating (primary school) children in their native language will change the government’s policies. Research has revealed that education in a child’s mother tongue leads to better results at school and plans are being made to promote the use of South Africa’s native language in school. Visagie hopes this development will not only lead to a growth and development for these languages, but will also install a “new sense of pride” in its speakers.