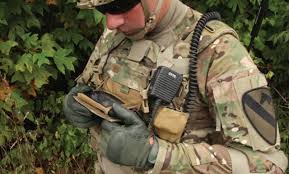 Interesting news from the US Army that it is currently developing a  handheld translation device that can be used by soldiers in in foreign countries, starting with Africa. 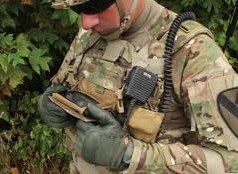 According to an article from army.mil, the device, named SQ.410 Translation System, currently works with nine languages. It is worn on a soldier’s chest and can be used without a telephone network or an Internet connection. The translator will repeat a soldier’s sentence or phrase in English and then provide written and spoken translations in the desired target language.

The Army has stated it is heavily investing in Africa as it takes more and more interest in the natural resources and opportunities the continent is providing. Of particular interest are Somalia, Nigeria, the Sahel and the Maghreb regions. The Army already conducts training in about 20 African countries.

“We believe Africa is a future frontier for technology in the next 10 to 15 years,” said Maj. Eddie Strimel, the Field Assistance in Science and Technology,  advisor assigned to U.S. Army Africa. French in particular is seen as most important. “French is a priority for us. If we can get these dialects developed with this type of system, it will benefit the Army, Air Force and Marines down the road.”

Although the translation device currently works between French – English, the dialects and accents of Africa are posing some challenges to its effectiveness. Researchers are working on improvements, particularly with regard to the various dialects.

“From a scientific perspective, we need to know how sensitive the technology is to the different accents of the many diverse French-speaking African language communities,”says Dr. Stephen LaRocca, a computer scientist and team chief of the Multilingual Computing Branch at the Army Research Laboratory

As well as linguistic differences the translator is not yet capable to translating technical military terminology, however working with translators the developers are confident this can easily be overcome.