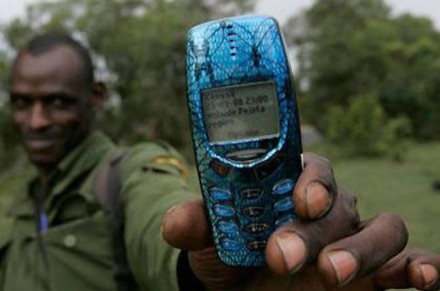 USSD Translation and Localization for Africa

For many companies looking to connect with consumers in Africa, the mobile phone is without doubt one of the most economical, quickest and effective means of communicating and engaging with an audience. 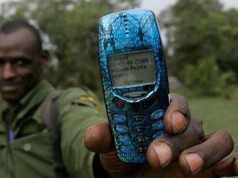 However, in Africa there are some challenges when using mobile phone marketing. For one, the “smartphone” is not widely available mainly due to the high costs. As a result most Africans use the old style analogue handsets which are pretty much limited to SMS text messages and of course phone calls. Even in those markets where smartphones may be used, phone networks do not necessarily have great 3G coverage outside of cities and WIFI can be hard to find or expensive.

Basing any sort of marketing or communications strategy on the assumption that people will be communicating with smartphone technology could lead to serious failures. This is where USSD technology comes in.

So, what is USSD?

Most people who have travelled the world and bought foreign SIM cards will be familiar with USSD but not necessarily know they are using it.

USSD, thankfully, is short for Unstructured Supplementary Service Data. Basically it’s a language used by GSM cell phones to communicate with a service provider’s computers or software. You can think of it as a type of SMS although it differs in the way it works. Unlike text messages or SMS, USSD messages create a real-time connection during a communication session. The connection remains open, allowing a two-way exchange of a sequence of data. This makes USSD more responsive than SMS. 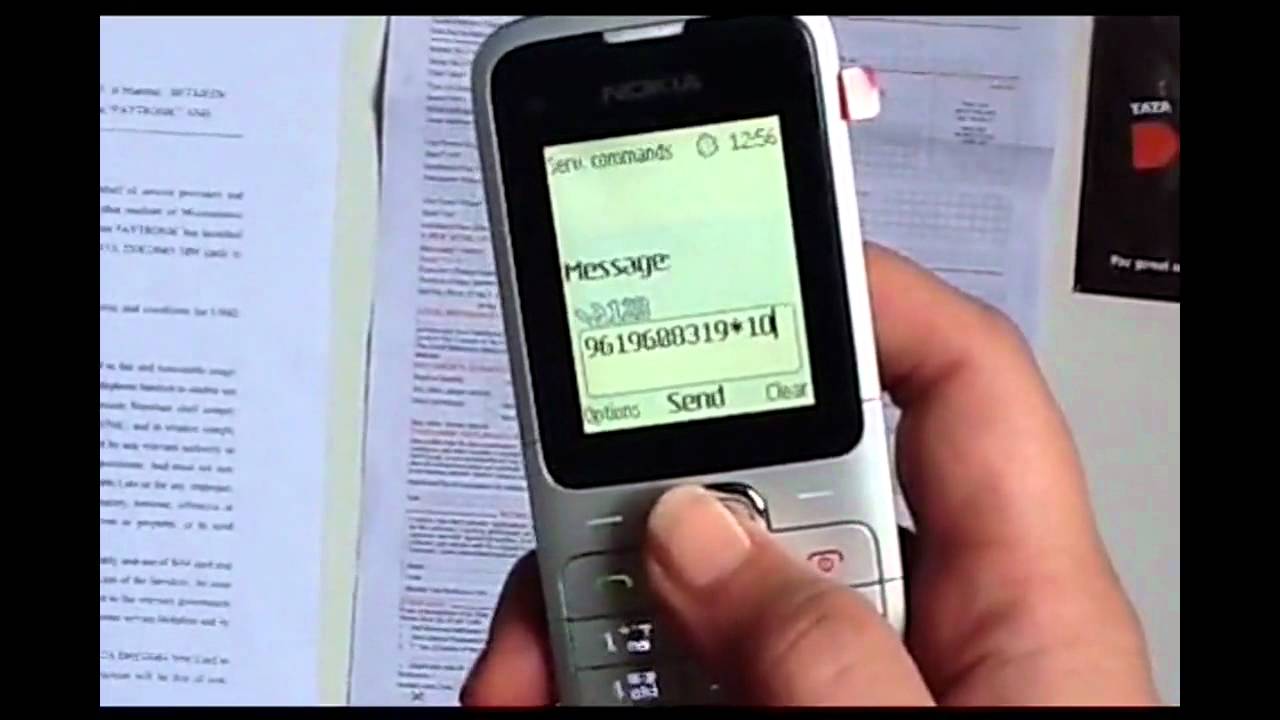 A very basic example of USSD is when you might want to check your credit balance on your phone and perhaps dial something like #888* and then press the dial button – you immediately get a message back from the service provider with your information.

Codes can be used to create tens if not hundreds of commands to help companies communicate with the phone user. Competitions for example are very popular via USSD where the phone user receives an offer and then has to dial a code in response to enter the competition. USSD can now even be used, as it is in Africa, to access Facebook, Yahoo, Twitter and even Wikipedia.

In short, USSD can really help you access and interact with a massive audience and along the way allow you to do some pretty funky stuff.

How is USSD used in Africa?

USSD isn’t new in Africa; it’s been here a while but and continues to grow. The banking sector for one have used it to allow customers to check balances, make transfers and carry out other simple banking functions. The Kenyan money transfer company M-Pesa use USSD for their client interaction.

As mentioned above, some social media companies are now using USSD to increase their penetration of the African market. Facebook is perhaps the one who has been most active over the past 5 years in increasing its brand throughout the continent by partnering with telecoms providers to allow customers to use the website via USSD. Others have followed suit. 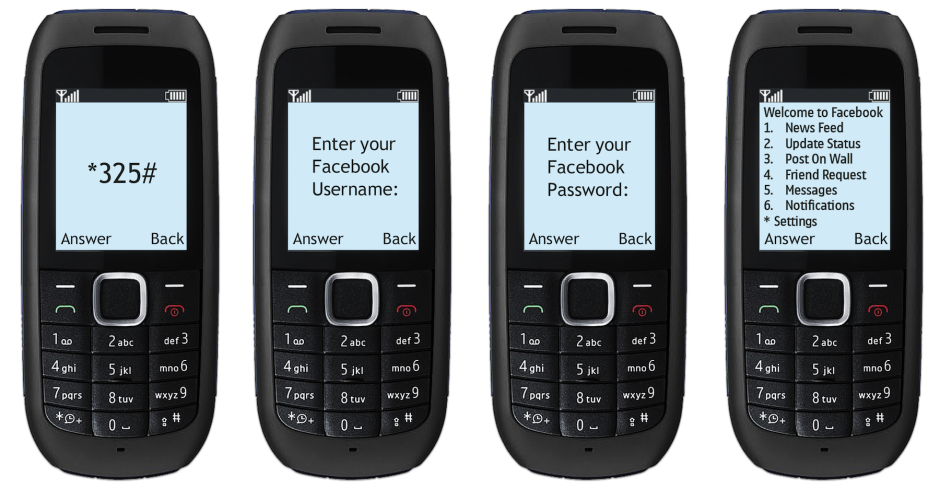 Location based services can even be used via USSD. For example, a project called “Clinic Finder” in South Africa allowed phone users to enter a location via USSD and then receive information on where their nearest medical centre was located. This of course could be extended to any sort of location finder for things such a coffee shops or supermarkets.

Other uses for USSD technology include surveys, competitions, games and receiving donations. Really, the technology can be used in many different ways; all it takes is for the company needing to interact with its target audience to work out how best to do this via USSD.

Much of the work that goes into the USSD structure is technical. The language used within the “conversations” however is very important, both from a usability perspective as well as a technical one. Here are 7 essential tips anyone looking to localize USSD for Africa.

1) Much like Tweets are limited in the number of characters that can be used, the same goes with USSD. They can only be up to 182 alphanumeric characters in length. This means you need to really think about the language the message are going to be translated into. Just because something is 180 characters in English does not mean it will also be 180 characters in Swahili, Afrikaans or Hausa – it could be less or it could be a lot longer. This means you need to be flexible with the translations; they can’t be rigid, word for word translations, but must express the desired message in the best way possible within the character limit.

2) This is why it’s crucial to work with translators who know what they are doing. As a linguist and user of the target language they are in the best position to analyse what needs to be said and the best way of saying it. Always check a translator’s (or translation agency’s) credentials and make sure they have worked on similar projects. Someone who has worked on tech or internet based projects will have come across similar issues and will know the best alternative language to use.

3) Be sure about the language or languages you want to translate your communication into. One needs to spend time analysing who their target audience is and what language(s) they use. It may be that a specific community is to be targeted or it may be that a whole country is to be targeted. What would be the common language used by all? For example, although in South Africa there are 11 official languages most people know and use Afrikaans and/or English. If you are targeting Nigeria would you have the budget to translate your text into Yoruba, Hausa and Igbo? If not, then English is the way forward. In short, be sure you understand who you are communicating with and don’t make assumptions.

4) Be careful when using the same language across national borders. Although Mozambique and Angola might share the Portuguese language, or Morocco and Mali share French, it does not necessarily mean that the same translations can be used for both. Cultural and national differences might impact what translations to use for certain words. Local variations could cause you problems due to differences in meanings.

5) Think about the style of language you are going to use. If it’s for banking then a more formal tone is definitely needed. If you are marketing a competition or trying to engage a youth audience in a survey, then formal language isn’t going to fly – it needs to hip, it needs to be slang and it needs to be modern. Again, you need to relate to your audience and make sure you use the right translator to ensure you get the message across in the best way possible.

6) Conduct “usability testing” or “localization testing” – i.e. before you launch the service make sure you test it on real people from the specific target audience. Create a structured means of collecting and interpreting feedback and be prepared to make changes; the difference between what the people creating something think and what the users think can sometimes take you by surprise.

7) Make sure you budget properly for the localization of your USSD campaign or language. Many people in business underestimate and undervalue the importance of language localization within projects. These things do not take a matter of hours; if they are to be done properly the translator needs to get in under the skin of the project and really get to grips with the goals, the timelines, the processes, the technology, etc. It takes time but this pays off in the end as you get a better quality output. If you believe that by paying someone the cheapest rate possible for work in the quickest time then you don’t understand what you are doing – it will only hurt you in the end when you have an unusable product or poor feedback from users which could mean having to repay to get the translations done again from scratch.

The potential of USSD in Africa is slowly starting to be realised just as it is in many other parts of the world such as India or Indonesia. The technology works; users like it and the results are clear to see in terms of boosting the ability to communicate quickly with an audience. As with anything though involving communicating across another language, one must tread carefully with clear planning and concise goals.