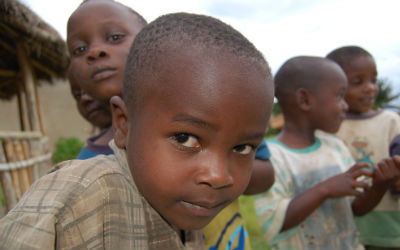 Children in Tanzania are usually taught in their native Kiswahili language in primary education; their secondary education, however, is usually in the English language. As many children lack a thorough understanding of this foreign language, Tanzanian stakeholders are calling for a review of this policy. 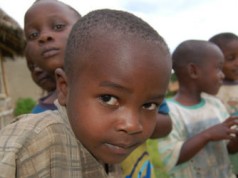 When they make the transition from primary to secondary education, many Tanzanian school children do not only have to get used to new subjects and teacher, but to a new language of education as well. In an article written by Malela Kassim on IPP Media, secondary school teacher Denis Edwin even describes the language transition as the most remarkable transition in his academic life!

According to Kassim, the subject of language transition should not be taken lightly. In fact, she says, a number of Tanzanian stakeholders believe that this educational transition can have a negative effect on students.

Edwin says that the school results of many Tanzanian students suffer from the fact that they have little knowledge about the English language when they start their primary education. In addition, Kassim states Edwin also believes the transition strategies used when students enter the secondary education system are insufficient. For this reason, she says, educational stakeholders in Tanzania advocated a review of the teaching language policy in the country during the seventh Quality Education Conference that was held in Dar es Salaam recently. Here, they stated the language policy should facilitate a smooth transition from primary to secondary education.

The stakeholders believe that in the current educational language policy, exclusion is more likely to occur.

Dr. Noah Mtana, Lecturer at the University of Dodoma, said that this is especially true for children in rural areas, who are not taught English in primary school. The stakeholders thus believe that children should be taught in a local language first, and should start to learn English in standard three. The Tanzanian stakeholders take the view that everyone should have an equal chance to join the educational process, Kassim says. The Dakar Framework for action, that was written by UNESCO in 2008, states that a quality education focuses on the talents and potentials of every individual, to which the stakeholders agree. Dr. Mtana also added that this means children should be taught in a language they completely understand.

Kassim states that there have been many studies that show the language problem in Tanzania’s secondary schools. Moreover, not only the students often lack proficiency in English: teachers often don’t have the required language skills either. Kassim says the English language is often the reason for a students’ exclusion as they can’t participate in interaction and consequently fail to join the learning process.

Kassim’s argument  is backed up by a study conducted by Bristle University and the University of Dodoma, in which it was revealed that form one students do fail to not speak understand the subject matters of biology, maths and English because their English is not up to par. Moreover, Kassim says, the knowledge of the English language among Tanzanian students even seems to  be dwindling, which hinders learning even further.

According to Geofrey Murasi, a UDOM Assistant Lecturer, parents in rural areas don’t speak English, which means they can’t help their children with their school work. This is why parents should be encouraged to learn English, he says. Murasi is also concerned about the difference in English proficiency that pupils have when they enter secondary education. He states that students from good quality primary schools are better at English than their less fortunate peers. Thus, Murasi believes that a bold and directive language-in-education policy is in order. After all, all school children, whether rich or poor, should have the same opportunities, he says.

Kassim concludes by turning our attention to a study conducted in 2001 but the Tanzanian Institute for Research, in which an experimental group that was taught in the Swahili language outperformed the control group that was taught in English. Thus, a radical change in the language language policy for primary schools might provide a big boost to the school results of all pupils.