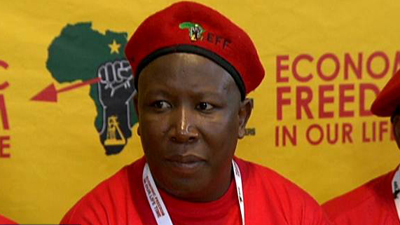 Home » Blog » Should everyone in South Africa speak an African Language?

Should everyone in South Africa speak an African Language?

Recently, the leader of the Economic Freedom Fighters Party in South Africa stated that all white South Africans should learn an African language to create more unity in the country. Website AllAfrica asked five South African youths about their opinion on the matter. 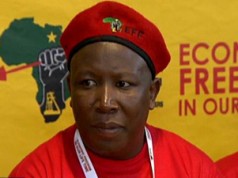 In the middle of June, Julius Malema made his first appearance in the Parliament of South Africa. AllAfrica states that here, the leader of the Economic Freedom Fighters not only criticised President Zuma and the current ANC government, but made negative comments about white South Africans that don’t speak African languages as well.

Malema believes that as part of nation building, all white South Africans should learn, or at least attempt to learn, an African language.

Journalist Pontsho Pilani took to the streets to Johannesburg and asked the youth in the city how they felt about Malema’s comments.

Justin Haddon, 22, says he agrees with Malema on the issue. When interviewed, he told Pilani that if someone can learn Afrikaans, they can also learn an African language. However, he does believe these languages should be taught to children from a younger age onwards. Haddon says he thinks nation building would benefit from white South Africans learning an African language and that it might be a way to close cultural gaps.

Patrick Nolan, also 22, shares Haddon’s opinion. He says the as he lives in the Eastern Cape and is planning on becoming a priest, he himself wants to learn Xhosa so he can talk to everyone he meets. He believes the government should take measures to improve African language learning, which should be offered as an optional subject in primary school. For adults, Nolan says, the government should initiate short courses in African languages. According to Pilani, Nolan believes Malema made the remarks because he wants to unite South Africa and enrich the country.

Someone who doesn’t agree with Malema is Daniel Vieira, 21. Although Vieira believes it is being exposed to different cultures is a good thing, forcing foreign language learning upon people is not. He believes African languages should be made more interesting so people want to learn them themselves. He does understand Malema’s motives, though, as he also thinks the people in South Africa must unite. Moreover, Vieira claims that learning isiZulu in high school made him understand the Zulu culture better.

Gautum Rao, 21, also believes people must want to learn an African language themselves. He tells Pilani that when he was younger, he wanted to learn the TshiVenda language because he wanted to make friends in the Venda township where he lived. However, when he finally found the need to learn the language, he couldn’t remember anything fron the TshiVenda lessons he had in primary school, he says. Moreover, he thinks it would be a great idea for schools to offer cultural exchange programmes that incite students to learn an African language.

Lastly, Karen Muyengwa, 21, thinks that there are so many official South African languages that nation building won’t benefit from white South Africans learning one of them. Pilani states that asMuyengwa believes the only language that will get you a job in the country in English, she doesn’t see why people should learn an African language. Muyengwa is officially from Zimbabwe and says that English is the only official language in that country, which has resulted in English being the uniting language.

An interesting debate. What do you think?