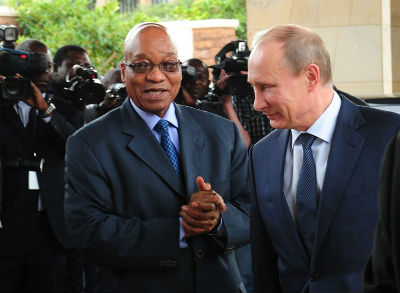 Home » Blog » The Russian Language and the African Continent

The Russian Language and the African Continent

When people in Africa get the chance to learn a foreign language, most students on the continent opt for a language such as English, French or even Chinese to increase their prospects on the job market. The Russian language, however, is often ignored as the Russian ties with Africa are not that strong. The development of a new Russian council might be a way to turn the tide. 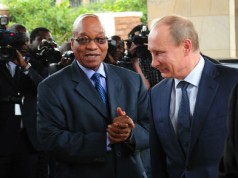 Did you think that foreign language learning in Africa was limited to English? Think again! According to journalist and researcher Kester Kenn Klomegah, languages such as Spanish, Dutch and Arabic have long been taught on the continent.

However, in his article on AllAfrica, he states that the popularity of the Russian language has greatly fallen in the last twenty years. This development can be attributed to a decline in interest, he says, but also to a lack of promotion.

Joel Ayim-Darkwah, a graduate from the Kwame Nkrumah University of Science and Technology, told Klomegah that many African students opt for a foreign language to ease communication with foreigners with whom they for example do business. Russia, however, is not as important for the African trade as countries such as China or Great Britain. Ayim-Darkwah says this is why Africans choose western languages with better economic opportunities and a democratic world view instead of Russian as their object of study.

Asian countries are big economic partners for Africa, Klomegah says, which is why people are interested in studying language spoken in these countries. He believes studying Russian isn’t very appealing as Russia hasn’t had a significant influence on the most important aspects of the African economy: education, agriculture, infrastructure and economy. This view is shared by Shatilov Andrei, a deputy director at the Saint Petersburg State University, who, in an email interview with Buziness Africa stated economic reasons are to blame for the lack of interest in Russian on the African continent.

According to Klomegah, the Soviet government used to pay the expenses of African students who wanted to learn the Russian language. In fact, he says, some even received a little pocket money! Now, students have to pay for their studies themselves: add this to the fact that Russian does not aid businessmen in their work and you can understand that why Africans are not that keen on learning the Russian language.

Naftali Mwaura Muigai points out that geopolitics possibly are also to blame for this as the West has had a firm grip on Africa ever since the end of the Cold War. The expert on social communication and cultural policy also states that Russia is only involved in small markets such as weapon trade and there are no thriving Russian cultural centres in Africa. Moreover, he says, the scholarship opportunities for African students to study in Russia are thin on the ground.

Lawyer, guest lecturer and author Ojijo Pascal agrees with Muigai and adds that Russia is not taking steps to promote the language on the African continent. After all, he says, the Russians are not promoting their country to the best of their abilities – there are no Russian cultural events or youth Think Tanks, for example. Thus, Pascal believes Russia’s cultural diplomacy requires a new strategy.

Sam Ditshego, senior research fellow at the Pan African Research Institute, says colonialism and imperialism are the reason why the Western languages and cultures are deeply integrated in African society. Colonized countries adopted the languages of the colonisers, such as English, French or Portuguese. A number of liberation movements in Africa, however, have had support from the Soviet Union. Steve McDonal, who is a director for the Africa Program and Project on Leadership and Building State Capacity at the Wilson Center in the United States, says members of these movements that took off to Russia to study there often met discrimination, which is another reason why the language is an unpopular subject.

Researcher for the African Studies Institute under the Russian Academy of Sciences Albert Khamatsin believes the fact that African leaders have turned their focus on Asia also contributed to the unpopularity of Russian. Moreover, he says, the Rossotrudnichestvo, an organisation attached to the Russian Ministry of Foreign Affairs, is underfunded and cannot compete with foreign counterparts such as the German Goethe Institut and the British Council. The Russkiy Mir Foundation, that promotes the Russian language and culture across the globe, also has no presence in Africa, he says.

According to Khamatsin, the lack of Russian engagement in Africa also means the demand for the Russian language on the continent is very low. In the Soviet Era, Russia and Africa joined hands in development projects, which is why Russian is still taught in some countries, he says. However, he believes the language is now useless for Africans, which will only change if the trade and people-to-people connection with Africa will improve.

Despite its current position, Klomegah says Russia is interested in strengthening its position in Africa. He states that in 2013, Russia’s Special Envoy for African Affairs, Mikhail Margelov noted that “soft power” is just as important in today’s world as military, political and economic factors. He also said this “soft power” can be used for long-term foreign policies and that its most important instruments are the promotion of language and culture, or education.

This is why last October, the Russian government revealed it was planning on creating a council in Africa to promote the Russian language.