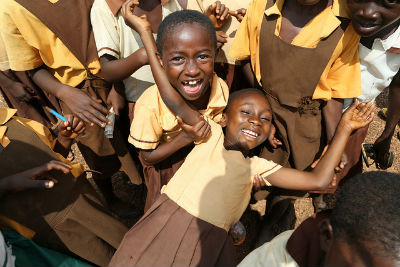 The Ghanian Minister for Education has stated schools should turn to Ghana’s local languages as the language of instruction in the country’s primary schools. Her opinion is backed up by the head of the  Department of Linguistics at the University of Ghana, who blames social media on the bad school results of the Ghanian youth. 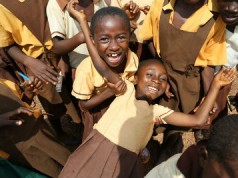 In Ghana, there is currently is a language debate going on centred on native language teaching. The Minister for Education, Professor Naana Jane Opoku-Agyemang, has asked teachers and heads of primary schools to teach their pupils in local languages. These languages have to replace the English language that is currently used. With this measure, Opoku-Agyemang hopes that pupils will increase their knowledge on Ghana’s local languages.

When Opoku-Agyemang spoke at a ceremony that  accompanied the 2014 National Best Teachers Award in August, she stated that children will not learn anything when they are taught in a language they don’t understand. As this practice will only lead to frustration she believes Ghanian languages are crucial to the learning process.

Professor Kofi Agyekum, head of the Department of Linguistics at the University of Ghana, shares Opoku-Agyemang’s opinion. When he spoke on “Kokrokoo,” a radio show on Peace FM, Agyekum said the sector minister isn’t planning on banning English from the school curriculum entirely: she believes the language should be reintroduced gradually once the pupils master the local language. Agyekum thinks pupils in year one and two should be taught in a local language only, as this will ensure that they will speak the language at the end of year three. He thus nuances Opoku-Agyemang’s remark, which many people have taken as a statement that Ghana should return to the times in which local languages ruled the Ghanian schools system.

Agyekum also expressed his opinions about the bad performances of the pupils who took the 2014 West African Senior Secondary Certificate Examination. According to him the exposure and addiction to social media is to blame for this as this encourages pupils to write in short hand. He also regrets the development that syllabuses only focus on theory and no longer pay attention to extra-curricular activities with which children can develop themselves further.