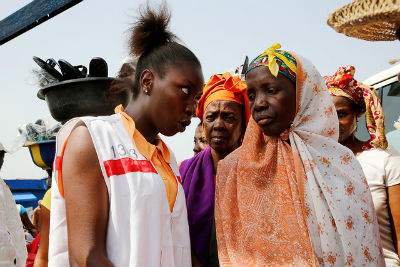 Translation in African Languages Crucial in Stopping Spread of Ebola

In the last few months, the ebola outbreak in Africa has escalated into a possible global threat. On the continent, a lot of misconceptions still exist about how to prevent the disease. Critics claim the lack of available information in the languages spoken in areas where the disease has spread is largely to blame for this. 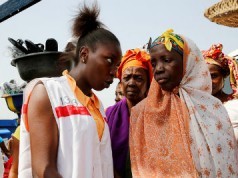 Lori Thicke, the founder and president of the non-profit Translators without Borders organisation, states that even though the spread of ebola on the agenda of the international community, one solution for the problem fails to receive attention.

In an article on the New Statesman, Thicke claims translation is a low-cost, low-tech way to put the outbreak to a halt.

According to Thicke, ignorance about ebola can be just as dangerous to people as bodily contact with someone who is infected. This is why she believes it is important to share information about the disease with the people at risk. Moreover, she says, preventing someone from getting ebola is cheaper than curing someone of it. However, there is one problem, she adds: most people who are in danger of getting ebola do not have access to information in their own language.

UNICEF, Focus 1000 and Catholic Relief Services recently reported that almost one third of all the people living in Sierra Leone believe you can get infected with ebola via mosquitos or simply through the air. In addition, nearly two-thirds of the population doesn’t know how to prevent ebola.

Thicke says this clearly shows that the people that are most likely to get ebola do not receive the proper information. She believes language barriers are to blame for this. In Sierra Leone, for example, English is only spoken by educated people, who only make up a minority of the inhabitants.

Thicke claims educating people in their own language also creates a trusting relationship. She gives the example of a clinic in Monrovia, Liberia where young men raided the hospital last August as they did not believe the “ebola is real” campaign launched in the country. And trust, Thicke says, is needed to bring about behavioural changes. The ebola outbreak means people in West Africa have to refrain from practicing their cultural traditions – and Thicke believes it is easier to convince people to change their ways n their own language than in a foreign one.

In the abovementioned UNICEF report, Thicke says, the use of local languages to educate people about ebola was also recommended. However, she does point out that this is no easy task. There are over 2,000 languages in Africa, which would make translation a very expensive activity. However, there are a few African languages that cover a relatively big part of the continent. Thicke gives the example of Nigeria: in this country, 522 separate languages are spoken, three of those (Hausa, Igbo and Yoruba), are understood by 65 per cent of the people.

Thicke states translation is even cheaper – or free! – when the internet is used. 65 per cent of the African people have a mobile phone, she says, which means a lot of information can be distributed without the need for printed materials. Moreover, Thicke’s organisation Translators without Borders can provide online information on Wikipedia pages that can be viewed on mobile phones. Thus, she says, if the right languages are chosen, online information can reach a lot of people.

Concluding, Thicke states that ebola is very likely to reach the UK in the very recent future. To put the spread of the disease to a halt now that it’s still possible, Thicke says, it is vital to provide people with information about the prevention of the disease in their own language.