The recently launched Kumisha Takes Wiki Project is aiming to develop a greater online presence for local communities on the African continent. These communities are often underrepresented online, a state of affairs that needs to change. 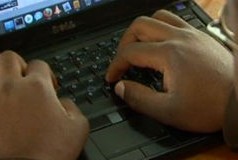 In an article on Global Voices, Francois-Xavier Ada states that it is very difficult for people in Sub-Saharan Africa to obtain internet access.

He refers to a report by the World Economic Forum, that claimed the high service costs needed to connect this area to the internet and poor infrastructure are to blame for this. As a consequence, Ada says, a number of African communities don’t have a proper online representation, which means they are unable to rectify online misconceptions.

However, there is hope for these communities as the Kumisha Takes Wiki Project has been created to give Africans the opportunity to control the information about their culture on Wikipedia. This way, foreigners will obtain a better understanding of local Africa communities and the entire continent.

Ada states that “Kumusha” means “the place where one comes from” in the Shona language that is spoken in Zimbabwe and that the project uses community journalism to update the information about local cultures available online.

According to Ada, Wikipedia pages in African languages such as Swahili and Zulu are underdeveloped as the number of contributors is very small. Thus, he says, these communities should acquire more skills in the field and be encouraged to add information. This is where WikiAfrica comes in, as this organisation encourages African people and organisations to create and review online content about Africa.

First and formost, Kumusha Takes Wiki wishes to activate communities. Ada states the project will start in two countries: Cote d’Ivoire and Uganda. Here, Wikipedians in Residence will join hands with communities such as the agricultural industry, universities and writers to teach people how to make contributions to Wikipedia. Project manager of the project, Isla Haddow-Flood, told Ada that Kumusha Takes Wiki is aiming to create information that can be helpful to a great deal of people. She does state that the project has already faced a number of challenges such as language barriers and a lack of cell phone coverage.

Kumusha Takes Wiki is based in the Africa Centre. This centre also hosts other projects to “revitalize the information base,” such as a poerty podcast platform and a public arts festival.