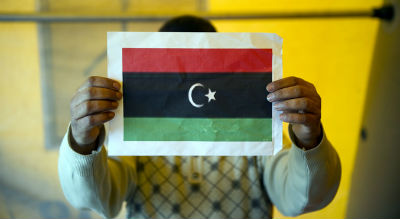 Ethnical and Linguistic Diversity in Libya

Contrary to popular belief, Libyan society does not consist of one large, homogenous group of Arabs. Now Gaddafi is gone, the other ethnicities in the country who were severely oppressed under his regime, are making themselves heard. Lawyer and Journalist Adela Suliman enlightens us about the three largest ethnic minorities in the country. 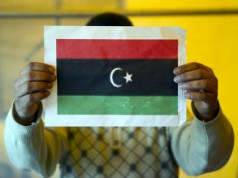 Recently, a friend of Adela Suliman told the journalist that she had no idea Libya also houses dark-skinned inhabitants after she saw a picture of the dark-skinned Abudllah Al-Thinni, Libya’s new interim Prime minister. As Suliman share her friend’s view, she wrote an article on the Middle East Monitor to give a little more insight into the make-up of the Libyan society.

According to Suliman, Libya’s geographical location is a big clue on the ethnical diversity in the country: after all, other countries located in Northern Africa are also home to many ethnicities.

Gaddafi might have tried to supress the non-Arab people in his country by presenting Libya as the “Great Arab Jamahiriya,” but this is not true, she says. In fact, Suliman states that the Libyan shores were first inhabited by the Romans, Phoenicians, Vandals and Byzantines, and that the Arabs only appeared in the seventh century. More recently, she says, Mussolini occupied the country until its independence was declared in 1951.

Gaddafi’s coup in 1969, however, resulted in the repression and marginalisation of all non-Arab cultures. According to Suliman, the Arab people currently make up for the majority of Libyans, but throughout time, there have always been many different cultures in the country.

The most prominent ethnicities have traditionally been the Amazigh (Berbers), Tuareg and Toubou and Suliman states that since the 2011 revolution, these minorities are slowly but surely claiming their rights and now call for recognition.

Next, Suliman discusses the three large minority groups in Libya in more detail:

Suliman states that the Imazighen were Libya’s first inhabitants. The Imazighen community currently consists of 4 to 10 per cent of the Libyan people: this number is merely a guess, Suliman says, because Lybian censures deny the existence of the culture. T

The Imazighen  can be found in a number of countries, but in Libya, they mostly reside in the Nefusa Mountains, the coastal town Zuara and townships in the southern oasis. For a long time, the Imazighen were not allowed express their own culture: according to Suliman, they could not speak their own language, called Tamazight, for example. Any signs of their culture were often violently supressed.

Suliman says the Imazighen have greatly succeeded in organising themselves. They have managed to protect their identity both on a local and global level via the Supreme Amazigh Council and the World Amazigh Congress. Tamazight teachers are being trained, for example, and Suliman reveals new text books are being printed to make up for the many years in which the language was neglected. However, the time has yet to come that the Imazighen can back and relax: according to Suliman, they are still fighting for recognition of their language and a greater representation in parliament and the Committee of 60, who are responsible for creating a new constitution.

Just as the Imazighen, Suliman says, the Tuaregs were also oppressed by the Gaddafi regime. The Tuareg are also present in multiple African countries; in Libya, these nomadic and pastoral people mainly live in the Sahara Desert. The Tuareg were unable to obtain national documents under the reign of Gaddafi, Suliman says, which meant they did not have Libyan citizenship and could not participate with the Libyan state: they could not vote, for example.

The Tuareg can mainly be found in the Fezzan Province, as they have always depended on the trans-Saharan trade routes. Suliman reveals that the Tuareg in Ghadames, a UNESCO World Heritage site, are currently under attack as they have been accused of supporting Gaddafi in the revolution. As a consequence, Suliman says, 2,500 Tuareg have been expelled from the town and now live in a refugee camp in the Awal Valley. However, she also states that the camp has been visited by Members of Libya’s General National Congress and that the Displaced People’s Affairs Committee has received a number of recommendations for the reconciliation of the different ethnicities with one another.

According to Suliman, the Toubou people also live a nomadic and pastoral lifestyle. The ethnic group can be found in Northern Chad and Southern Libya. The Toubou were also marginalised by Gaddafi: in fact, his policy towards the dark-skinned minority has been described as “racist” by the Society for Threatened Peoples. During Gaddafi’s regime, Suliman states, the Toubou underwent mass forced evictions in which their homes were destroyed. Moreover, she says, they were also denied state education and health care. No wonder the Toubou participated en masse in the 2011 revolution! Suliman states that even though the tree different minorities are all fighting for their own, individual rights, they have also joined hands to strengthen their call for recognition. Together, the Amazigh Council, the Supreme Tuareg Council and the Toubou National Assembly have asked for greater rights and fairer representation of their cultures at the governmental and social level. By working together, Suliman says, the three minorities hope to achieve a “consensus principle” i.e. they wish to be included and have their say in matters concerning the new constitution. If their wish is not granted, they have threaten unite themselves and boycott  new elections.

According to Suliman, Libya might be big, but the number of inhabitants is relatively small. Now that their oppressor has finally left them, she believes  the country should embrace its ethnical diversity in order to create a national identity.

For more amazing images of these people, please visit the blog Trip Down Memory Lane, who we thank for the above pictures.