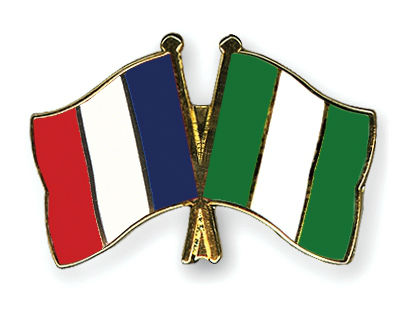 Should Nigeria Join the Francophonie?

A Nigerian professor calls on the Nigerian Government to join the Francophonie. Becoming a member of the organisation would give the indigenous languages in the country a boost, he says. Moreover,  he believes the country would benefit greatly from having support from both the English and the French. 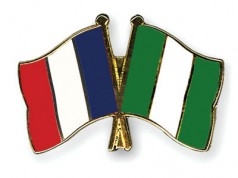 Recently, website the Nigerian Tribune featured an excerpt of an interview with Dr Pierre Akinwande. Akinwande, who is a Senior Lecturer in Comparative French and Francophone Literature and the author of three French books, is urging the Nigerian Government to promote Nigeria’s indigenous languages across the globe. He was interviewed by Moyosore Solarin, who asked him to elaborate on his plans.

Solarin asked Akinwande about the Francophone Week that was recently held at the University of Lagos. According to him, Francophone Week is organised annually in Francophone countries to celebrate the first gathering of 26 French-speaking countries in Niger on 28 March 1970. During this meeting, it was decided that a cultural French ‘family’ would be created in countries where French was the main language. Even though Nigeria is not included in the list of French speaking nations, Akinwande says the French speakers in Lagos still wanted to participate in the festivities and thus organisaed their own Francophone Week.

Next, Akinwande is asked about his passion for the French culture. Does he prefer this culture over the Nigerian one? Akinwande answers Solarin that he is indeed very charmed by the French language and culture, as the language has brought many countries together, which he believes has resulted in a more peaceful world. Even though the French language started out as being the language of the colonisers, he says the Francophonie now advocates peace and multilateral relationships.

Nigeria is an aspiring member of the Francophonie. According to Akinwande, joining the organisation would bring the country many benefits: in countries associated with the Francophonie, there is less corruption and more transparency, and the members are more action-oriented than Nigeria, he believes. In addition, Akinwande says the development and infrastructure of Africa’s Francophone countries is better than that of the former British colonies. He gives the example of Cotonou and Lome, where, even though there is a lot of poverty, tap water is safe to drink and electricity is stable.

Because of Akinwande’s positive view on the Francophone organisation, it comes as no surprise that he supports Nigeria’s membership of the association. He says this would benefit both the education and the culture in the country. Entering the organisation would include a linguistic and cultural exchange programme between Nigeria and France and the promotion of not only the French language, but that of indigenous languages as well. French would become a compulsory subject in school, and French and French-speaking researchers would visit Nigeria to conduct studies on the local languages.

Akinwande does believe, however, that the French should also learn the languages spoken in Nigeria – if they don’t, this will create a negative balance, he says. As a consequence, Akinwande thinks the social-cultural organisations of the indigenous languages should step up their game and research centres must be built. To achieve this, the organisations should work closely with governors in their regions, who should provide the financial aid for the projects. If everything is in place, Akinwande says, French students can visit Nigeria to study at the universities in the country. France and the United Kingdom have been using this practice for years to promote their languages, and Nigeria should do the same to put its local languages into the spotlight.

The last question Solarin asks Akinwande in the excerpt of their interview is whether he believes Nigeria would benefit from becoming a member of the Francophonie. Akinwande answers this question with a definite ‘yes:’ if Nigeria joins the organisation, the country would benefit from being on both the French and the British side as the country also is a member of the British Commonwealth. He believes the French would help Nigeria to improve their infrastructure – he says that for example, the French are the best in building railways. If the country would join the Francophonie, Akinwande says, Nigeria will have the benefits of both organisations.