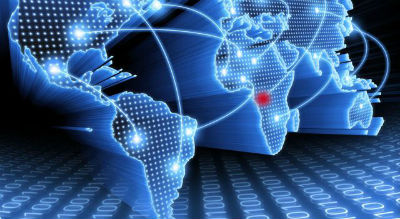 The internet presence of vernacular languages, for example those spoken on the African continent, is quite small. According to some, this is the reason why many local languages are on the verge of extinction. Others claim, however, that ICT can be used to preserve local languages and improve language learning. 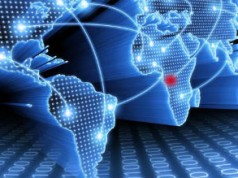 As you might know, many languages are in danger of dying out. In an article on the World Bank, it is stated that by the end of this century, it is very well possible that over half of all languages spoken across the globe have died out. That’s a whopping 6,000 languages!

Language extinction is no science-fiction – in fact, the World Bank states that every day, about a dozen vernacular languages disappear. The website believes this to be a worrisome development as language is vital for matters such development, cultural diversity and intercultural dialogue. It also helps to preserve cultural heritage and enables good education.

The World Bank believes ICT is to blame for the current downfall of many vernacular languages spoken. International organizations such as UNESCO stress the need of local language content on the web, but these efforts seem to have no effect: the World Bank states that at least 80 per cent of all web content is written the ten major languages spoken across the globe. The article claims that therefore, even though African languages can be found online, there presence is very limited and the languages are not used for communication.

On May 13, the Gabon Ministry of Digital Economy, Communication and Post organised a workshop in Libreville that aimed to find ways to increase web content in vernacular languages.

According to the World Bank, Gabon is a middle-income African country that is looking to develop its digital economy. In addition, the country also aims to expand its electronic  communications infrastructure with local languages. After all, in many rural areas people only speak vernacular languages, which means the internet isn’t very useful to them. This is unfavourable as the internet is a great way to increase knowledge about agriculture, health and education, which the World Bank says is needed for a sustainable socio-economic development. In addition, the World Bank states local languages are increasingly replaced by French in Gabon’s urban areas.

Gabon is already taking steps to prevent language loss with several initiatives, the World Bank says. The Gabonese radio and TV broadcast in vernacular, for example, and The University Laboratory of Oral Traditions and Contemporary Dynamics (LUTO-DC) in the Omar Bongo University and the Raponda-Walker Foundation have been trying to record the oral Gabon languages for two decades.

Moreover, other organisations focus on language learning in order to preserve them. The Innovation Box (BAI), for example, has created an e-learning platform that aims to improve literacy in 12 different West-African languages. According to the World Bank, the BAI has proven that when users are taught to incorporate ICTs in their own languages in their everyday lives, they manage their vocational training better and sometimes even buy their own computer.

Even though the World Bank seems to think ICT is key for local language preservation, the article does state that ICT projects for vernacular languages can only be successful if the needed complex and interrelated sociological factors are in place. However, there is no standard theoretical framework to ensure this.

During the workshop in Libreville, World Bank ICT presented a policy note with key recommendations that could help the Gaboon government develop ICT applications and preserve local languages:

According to the World Bank, it is essential that applications in local languages are not created from scratch, but use larger applications, such as e-government, as their starting point. Local developers, that are for example formed by the African Institute of Computer Science (IAI), should combine their knowledge of their culture with their ability to pick the right applications with which applications in vernacular languages can be created, the World Bank says.

The workshop in Libreville has already lead to new initiatives: according to the World Bank, The LUTO-DC, the IAI and the Digital Campus will start a collaboration to create online databases on vernacular dictionaries. The article also states that the main lesson to take from the Libreville workshop is that users experience ICT differently when a local language is used.

Seeing their own language on the internet makes people proud and gives them a sense of equality when they compare themselves to people in other countries. In addition, the World Bank says, it changes users’ relations to technology, who are now encouraged to discover their entrepreneurial side and share their knowledge.