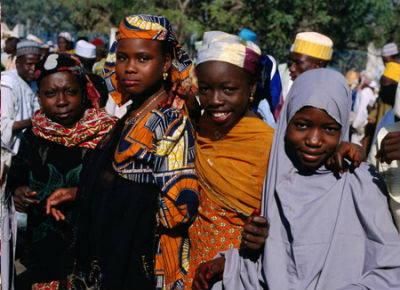 Home » Blog » The Ultimate Guide to Language in Nigeria

The Ultimate Guide to Language in Nigeria

The economic powerhouse of West Africa, the home of Nollywood and the ‘N’ in the MINT, pack of emerging economies, Nigeria is going places. For those looking to enter into this exciting market, it’s vital to understand the country, the people and the cultures.

Language differences should always be given weight in terms of due diligence. Where there are language differences, there are also cultural and other socio-economical differences. Not fully understanding the dynamics of language, how it’s spoken, where it’s used and how to use it for your own purposes can lead to problems later on down the line.

Localization is key to getting it right – in other words adapting to your new audience’s behaviours.

When it comes to language in Nigeria you could almost say they’re being a little bit greedy. It’s estimated that over 7% of languages spoken on this planet are spoken in Nigeria. We know and love the fact that Nigerians like talking a lot, but it this really is an incredible statistic. However, although it may sound daunting to an outside, if your own language is English then you don’t have a lot to be worried about.

The official language of Nigeria is English which of course harks back to Nigeria’s colonial days under British colonial rule. English is the language of law, business, government, media and online – although some of this is changing. It is however only really spoken in urban areas and is not widely used in rural areas, where native languages take precedence. This reduces the importance of English a touch considering the fact three quarters of the country’s population live outside of cities.

As with any country that speaks English, not everyone speaks the same English. Not only will levels of fluency change across areas but the English used informally will differ to that used in legal contexts. The English you use in marketing will be different to that you use in your business documents. Where the language really does change is in its pidgin versions once mixed with local languages to form new words, phrases, sayings and commonly understood concepts.

The main local languages in Nigeria are Hausa, Igbo, Yoruba, Ibibio, Edo, Fulfulde and Kanuri languages all hardly familiar to those overseas. There are literally hundreds of languages spoken throughout the country, so to give you the complete list of Nigeria’s languages is no easy task. As Nigeria was created from different tribal lands, looking at the languages from a geo-cultural point of view is a good way to start.

Let’s start with the Niger-Congo languages that are dominant in central and southern Nigeria although migration has seen some of the languages spread to the north. These include Mande represented by the Busa cluster and Kyenga spoken in the northwest. There’s one single Atlantic language called Fulfulde which is spoken by cattle pastoralists mainly in the north of the country.
Across the Niger Delta the Ijoid languages are spoken and include Ijo, Kalabari and Defaka. The Gur language is the only Baatonun used in the extreme northwest of Nigeria.

Dialectical diversity makes it almost impossible to calculate the exact number of languages. Classification of some languages is a controversial subject with many decisions made in the 1980s reversed in the decade that followed. For example, Igbo, one of the most spoken languages in Nigeria is still not properly classified. It, along with Yoruba and Ibibio, are classed as being ‘Eastern Kwa’ languages whereas others class them as Benue-Congo.

There are also some small language groups in the Niger Confluence area and these include Ukaan, Akpes, Avere-Ahan and Oko.
The Afroasiatic languages of Nigeria can be divided into Chadic, Semitic and Berber.

The Semitic group has various dialects of Arabic spoken in the northeast of the country. Berber is used by the Tuareg speaking communities found in the extreme northwest.

There are over seventy Chadic languages, the most well-known being the Hausa language and has emerged as lingua franca in West Africa. The language is spoken by over 24 million people in West Africa and is the second language of an additional 15 million. It is spoken mainly by Muslims. Hausa is the official language of several states in Northern Nigeria, the most important dialect being spoken in Kano which is an Eastern Hausa dialect.

One country and so many languages. Where to start? Well luckily for the majority of outsiders coming into Nigeria the main languages used for communication, culture, business and marketing are English, Yoruba, Igbo and Hausa. English covers most formal bases with the local languages being prevalent in the media, entertainment, social media and arts.

The most important thing is to research what language is used in the space you plan to operate in. Even if it’s English, try to look into differences which will give you useful insights into what you may need to do in order to adapt your offering.