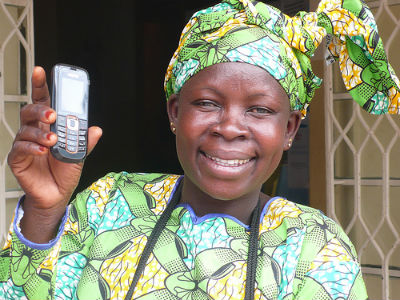 Tips on Mobile Marketing in Africa

As more and more people in Africa have access to mobile phones, it is no wonder that foreign companies are looking to tap into the market of the region by using mobile marketing to sell their products. 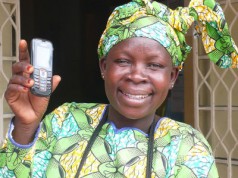 Entrepreneur Deseré Orrill gives a number of great tips for businesses that wish to conquer the continent one phone at a time!

In an article on the website with the telling name How we made it in Africa, journalist Kate Douglas discusses the mobile revolution on the African continent. According to her, a lot of companies are trying to make use of the fact that more and more Africans have access to a mobile phone.

One of the entrepreneurs that wishes to tap into this vast pool of consumers is the South African Deseré Orrill, who co-founded Ole! Media Group. The owner of this digital media company says Africa has an ‘absolutely huge’ marketing potential when it comes to mobile phones.

In an interview with How We made it in Africa, she even described the device as a ‘game changer’ as it has a big influence on advertising and promotion. According to Orrill, mobile phones are the most effective marketing tool found on the continent. Moreover, it also allows businesses to reach as much people as possible. In South Africa, for example, there are eight million people who use computers to access the internet, but Orrill believes there one day will be a generation who will only use the internet on their mobile phones.

Douglas says Ole! Media Group has three different subsidiaries: Mobimedia, a digital and mobile marketing agency in Johannesburg which was set up by Orrill in 2009, TEAMtalk Media, a sports network/news syndication agency operating from London and Cape Town, and AddSwitch, a digital advertising sales house. Ole! is already working on a global scale, but last year, the company  opened an office in Nairobi as well. Orrill says this was quite simple – after all, her company already had a trustworthy partner in Kenya. She believes it is very important to know be in contact with locals before opening up shop is a certain country, as they know all about the existing unspoken rules.

Orrill also gives advice to companies that wish to cover more of the African continent. She says it is a good idea to start out slow and only expand little by little. After all, money only stretches so far and she believes expansion efforts will fail if companies do not have enough money to cover the basic expenses: ‘Your bread and butter has to be secured [first] to cast your eye on the jam and the marmalade.’

But this isn’t the only advice Orrill has for companies operating on the African market! She also gives a number of tips on effective mobile marketing. According to her, Douglas says, companies should be aware of the fact that even though smartphones are becoming more widespread because of cheaper Chinese-manufactured devices, most Africans still use feature phones. In addition, companies should tailor their marketing campaigns to the product they wish to sell. Orrill believes that companies that for example wish to market their product to as many people as possible, such as Cola-Cola, should use simple technological means such as SMSes and Wap sites to do so.

In addition, Orrill adds the advantage of using mobile devices to reach African consumers is that mobile phones enable people to respond to messages immediately. This is why she says mobile marketing campaigns launched in Africa should always use three strategies:

•    People expect that mobile marketing campaigns involve a reward. Therefore, Orrill believes it is important to attach some sort of prize to it.
•    Moreover, Orrill says, consumers also seek immediate gratification. It is thus important to let them know whether they have won as soon as possible.
•    Africans also wish to receive information via their phones. According to Orrill, Africa is very hungry for information and calls information by mobile a ‘key driver’ in this. The information included in messages can vary greatly: everything from educational and religious messages to gossip and horoscopes can be included.

We think these tips can help companies that wish to enter the African continent tremendously. Do you have any other great strategies on conquering foreign markets? Share them in the comments below!