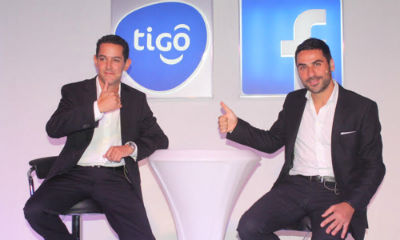 News out that mobile phone company Tigo and Facebook have joined forces, offering all East Africans who are clients of Tigo with  free access to the social media site on their mobile devices. The move  clearly demonstrates the importance of Africa in Facebook’s future growth plans. 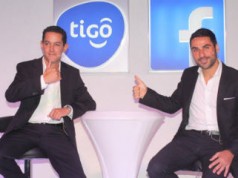 According to an article on AllAfrica, the recent partnership between mobile phone company Tigo and Facebook allows all mobile phone users in the East Africa region to access the Facebook website for free, i.e. they wont pay for data.

According to AllAfrica, Facebook joined hands with Tigo as part of their Internet.org initiative that was launched by Mark Zuckerberg. The project essentially seeks to bring the world online especially in parts of the world where internet penetration is still low.

From the map below (click to see source), Africa clearly stands out as one region where penetration rates are still very low. To the major players online such as Facebook and Google, this illustrates where the future growth lies and this is why we are seeing such initiatives taking place.

In December 2003, Tigo’s parent company Millicom had already collaborated with Facebook. At the time, free mobile access to the social network site was launched in the South American country of Paraguay.

What is interesting about the move is that Facebook have chosen a region with a track-record. In East Africa, Facebook users have both an English and a Swahili version of the website. In fact, AllAfrica says, Tanzania will be the first country in the world to display the website in Swahili. We also know through statements by Facebook that their localized Swahili versions has done very well.

At a recent ELIA conference, their internationalization manager Iris Oriss  pointed out that when Facebook approached the Kenyan market, 40% of Kenyans said they wanted Facebook in Swahili; however, after launching in Swahili they found 99% adopted it!

Facebook have a clear strategy to keep an eye on what languages are making an appearance online within Africa, and then deciding upon whether to translate their platform into that language or not. Nigeria was mentioned as having potential due to the huge numbers going online.

According to Diego Guttierrez, General Manager at Tigo, the Swahili version of Facebook will offer a multitude of new opportunities across the entire globe for Swahili speakers. Moreover, he states it will enable East Africans to surf the web and social media in their own language for the first time.

Facebook also commented on the recent partnership: according to its Director for International Growth and Partnership Nicola D’Elia, the company is very excited about cooperating with Tigo for a second time. She believes the partnership will mean more Tanzanians can share information and connect via Facebook apps plus the mobile website without having to pay extra charges.

And the best of all? They will be able to do so in their own language!