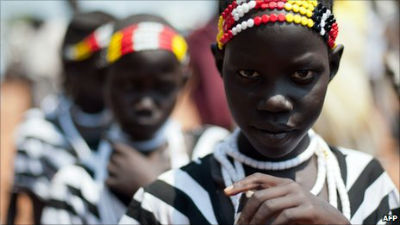 Even though they are not the mother tongue of many people in South Sudan, the country’s media often uses the English or Arabic languages  meaning many miss out on a lot of important information. 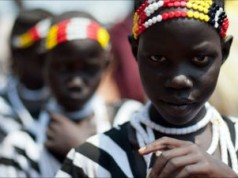 In an article on Radio Mazuj, Daniel van Oudenaren states that the crisis in South Sudan has influenced  the media sector in the country. Radio stations have been damaged, for example, and the constraints on press freedom have grown. World Press Freedom day on 3 May was thus no reason for celebrations, Oudenaren says. However, he wonders whether the South Sudanese media would be able to reach their audience if the press in the country was able to publish whatever they wanted.

Oudenaren thinks this would not be the case. Not only are there technical access constraints, the language in the country poses challenges as well. Oudenaren believes that because of these language problems, the South Sudanese media cannot participate in the peace efforts.

Many prominent people, both native South Sudanese and people from abroad such as Ban Ki-Moon, have called for peace in the country. According to Oudenaren, however, many of these calls never reach the South Sudanese citizens. As reports are often made in languages they don’t understand, they are unaware of what is being discussed in the peace talks that are being held in Addis Ababa.

In South Sudan about 60 different languages are spoken. The most spoken languages are Bari, Dinka, Nuer, Shilluk and Zande, but Oudenaren states it is not easy to make an estimation of the number of speakers every language has as the 2008 consensus did not ask people about the native language.

Even though some parts of South Sudan are very homogenous in terms of language, Oudenaren points out there are also regions in which many languages co-exist. In addition to their mother tongue, most South Sudanese have a little knowledge in languages such as English or Arabic as well.

According to Oudenaren, the ruling party in South Sudan, the SPLM, wished to free their country from the “Arabization and Islamization” that was taking place. This is why, after the country’s independence in 2011, they declared English as the official language in the country, which means it is now the language used in politics.

Furthermore, many South Sudanese who fled to Uganda and Kenya also learned the language. Oudenaren states English has become the new prestige language, which means radio stations and newspapers have also adopted the language and largely abandoned Arabic.

Even though English has been on the rise in recent years, Oudenaren states that Arabic is still the lingua franca in South Sudan. Knowledge of Arabic is more widespread than that of English, and historically speaking, Oudenaren says, it has influenced the indigenous languages in the country a great deal more. Moreover, the civil service, military and judiciary all still use Arabic. In 2012, Arabic-speaking students even protested against the use of English in their lectures as they believed this was unfair to students who had received secondary education in Arabic. Politicians still address crowds in Arabic as well, Oudenaren says.

Arabic has many different spoken dialects, which could complicate the South Sudan language issue. However, Oudenares states that the dialects are mutually intelligible, at least to a degree. The best known dialect in the country is Juba Arabic, but this is not the most spoken one. In fact, it is only spoken in three of the ten states in South Sudan. Contrary to popular belief, Oudenaren says, the dialect is not simply a bad or messy version of Arabic, but has its own grammar, vocabulary and phonetics. In the greater Upper Nile region, most people speak a more simpler form of Arabic that is close to the Sudanese Arabic people speak in the North. However, Oudenaren states this dialect can still to a degree be understood by Juba Arabic speakers.

Radio stations based in ethnically diverse states often opt for one of the exchange languages to avoid political sensitivities or simply because they don’t have the capacity to broadcast in all different languages, Oudenaren says. He adds that the choice to use either an exchange language (i.e. English of Arabic) or all local languages is often made on the basis of the staff members. However, having a certain language in the work force does not mean the station can automatically broadcast in this language: as many indigenous languages have only recently developed alphabets, the fact that a staff member speaks a language does not mean he can read the news bulletin in it.

Oudenaren believes that besides the technical barriers that arise when radio stations work in different languages, there are also conceptual and cultural difficulties that must be overcome. In general, the media in South Sudan focuses on the urban areas of the country and have no idea what the preferences of their rural listeners are. Oudenaren believes what’s most important here is that people in rural areas must be able to let themselves be heard. At the moment, however, they remain mute. He believes politicians are to blame for this as well, as they regard the media as part of their political playground. The media is seen as a means for propaganda instead of a vessel for factual reports.

Journalists should be servants, not masters, Oudenaren says, and should make efforts to create more understanding about South Sudan’s rural communities to the other regions in the country and the international community, but also to other rural communities. Currently, he believes the media is not living up to their role, which is very unfavourable. After all, this means the Sudan citizens, that mostly live in poor, rural communities, are not getting the objective, factual information they deserve.