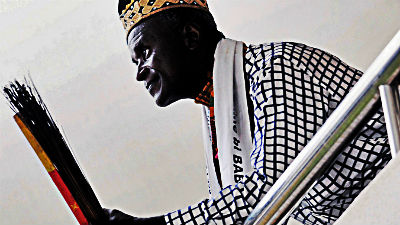 In many African countries, youths are abandoning their native villages and moving to the city. In this process, many African traditions are slowly being forgotten, which means entire cultures are in danger of becoming extinct. Thankfully, a new online project has been created to put this development to a halt. 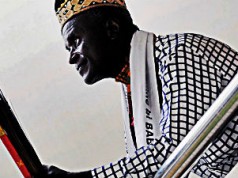 Smack in the forests of Cameroon, there is a little village called Ndjock-Nkong. This village has no electricity, let alone internet access, but according to David Smith, Africa correspondent for The Guardian it is the home base of an online company that hopes to create an online database that will be even bigger than Wikipedia!

The company’s founder is Gaston Donnat Bappa. Smith claims that this Ndjock-Nkong native combines the old and the new world: through his father, Bappa inherited the clan chief title, but at the same time, he has been working in computer technology for 34 years. With his African Traditions Online Encyclopedia (Atoe), Bappa aims to unite these two worlds. He believes this makes perfectly good sense: “if you don’t know who you are, you don’t know where you are going.”

With his website, Bappa is hoping to create a database for all things African, ranging from arts and crafts to oral storytelling and sport.

A prototype of the website has already been launched, and just as on Wikipedia, users are able to contribute to the website themselves. Bappa’s idea originated from his love for the traditions in his own village and his travels to various African countries he made when working as a consultant and bank executive and IT engineer.

By creating a place on the web on which people can note down their knowledge of their culture, David says, Bappa hopes to preserve cultures that are about to go extinct. Bappa states that even in his own village, he noticed that traditions were disappearing – not because young people were unwilling to learn about them, but because they don’t have access to these traditions in the urban regions they are living in.

And language loss is the best example of this, he says, as there are over 2,000 languages spoken in Africa and globally one language goes extinct every week. Moreover, Bappa believes it is hard to learn about your own traditions if you don’t speak the language that comes with them.

However, according to David, Bappa firmly believes his Atoe will ensure African traditions won’t be forgotten. In fact, Bappa thinks IT is the only way to preserve traditions, which is important future generations, he says, as economic development on the continent can only be managed if people know their own culture. Moreover, by putting everything online, the African diaspora across the globe can also access information about their native cultures.

Because of the Wikipedia’s success, the Atoe is modelled after this online database. Just as the online encyclopaedia, the Atoe will make use of wiki applications with which volunteers can attribute to the website, both by posting original articles or changing existing ones. Bappa is sure that by using this peer-review system, the articles will be accurate and will be accompanied by the proper references.

However, David says there is a big difference between Wikipedia and the Atoe: where Wikipedia is located in the tech hub of San Francisco, the Atoe headquarters can be found in the desolate  Cameroon forests. In fact, not only is the village of Ndjock-Nkong 93 miles from Yaoundé, Cameroon’s capital, the nearest main road is also 19 miles away. And even though the village, that has a population of 300 and is still shrinking, has no internet access, phone network or electricity, Bappa still believes his project will be a success. He is planning on installing solar panels for power and servers to host the website and claims the government is currently doing the necessary road repairs. If the servers are in place, he says, he can transfer all the data from the village.

Until everything is in place, however, Bappa is working from Yaoundé and is creating awareness for his project. The Atoe will be unveiled at the eLearning Africa conference next year, David says. Moreover, David says, Bappa is planning to approach sponsors, for example Microsoft, to raise about 323,000 GBP that will cover the expenses of the initial phase. He also wishes to include Wikipedia content on his own site. After all, he says, “It is not only for Africa… it is for the whole of humankind because Africa is the cradle of humanity.”