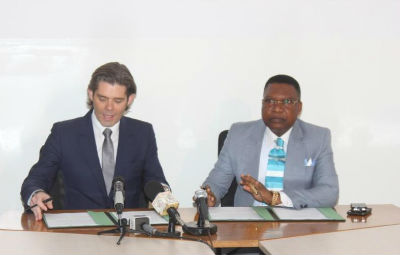 News channel Euronews has entered into a partnership with a Congolese channel to set up a multilingual, African news channel. 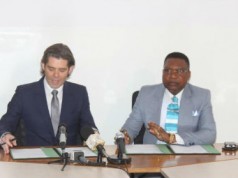 Recently, website NewBusinessEthiopia revealed the upcoming launch of a new news channel in Africa. Together with Télé Congo, news channel Euronews is planning on setting up a new multilingual and multicultural news channel channel called Africanews.

Africanews aims to become the very first Pan-African news channel. Its programmes will be broadcasted from the Congolese city of Brazzaville and will first be in English and French only. Later on, the broadcasting languages will expand to other languages spoken in the African region. In addition to the Brazzaville office, there will also be regional offices in other cities on the continent.

Euronews and Télé Congo will share their news with one another, which will, according to NewBusinessEthiopia, create ‘a synergy that will give Africa its rightful place in the world of news.’ Moreover, it will also give people from other regions access to African news. The partnership between the two channels was signed on 25 January by Euronews S.A.’s CEO Michael Peter and Managing Director Jean Obami under the auspice of Mr Denis Sassou Nguesso, the President of the Republic of the Congo.
According to NewBusinessEthiopia , the news channel will be launched in the summer of 2015. Moreover, the website says Africanews will benefit greatly from Euronews’ expertise, as the channel has a lot of experience with multilingual broadcasting.

In fact, the channel has 13 different language versions and employs over 400 journalists with over 30 nationalities. The press statement issued after the contract was signed stated that Africanews will first broadcast linear formats and internet live streams. Later on, live mobile apps and possibly digital radio programmes will follow.