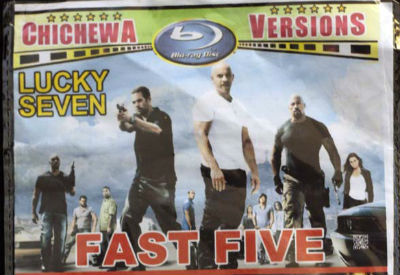 In order to boost their DVD sales, Malawians have taken their practice to a new level: by creating voice overs in the national language of the country, their merchandise is selling like hot cakes! 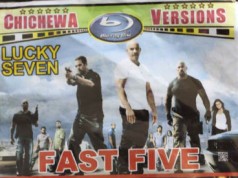 On Techzim, L.S.M. Kabweza takes us into the wonderful world of amateur voice-overs. He says he recently watched a Chewa voice-over translation. Chewa, or Chichewa, is spoken in Malawi, among other countries, so it is not surprising that this voice-over was a Malawian pirate edition. However, Kabweza says, even though the voice-over might not have been an official one, the work was very professional.

Kabweze got his hands on the DVD when he was in Malawi. When he made a family visit to the country, he heard the Chichewa language coming from a makeshift movie house when he walked past it. This surprised him as the Chichewa film industry is pretty much non-existing. Kabweze was told the sounds were coming from a translation and when he looked into the house, he indeed saw Chichewa-dubbed Chinese Kung Fu film. And according to him, the Malawian audience was enthralled.

Later on during his trip, Kabweze discovered that street vendors often sell two versions of the same film: the original English version and a version with a Chichewa voice-over. Of the two, the Chichewa one is cheaper, which surprised Kabweze quite a bit – after all, there must be costs involved in the production of the voice over!

The government of Malawi is not very happy with the practice, his cousin told Kabweze. They even gave a warning to the producers of these voice overs, but they do not seem to be bothered by this. In fact, Kabweze even got his hands on dvds with Chichewa voice overs in Mozambique. Kabweze admits he doesn’t know enough about the Malawian market to understand how this development came about, but he does wonder whether the phenomenon can also be found in other countries. And if it is not, could it work there too?

In conclusion, even though he knows that piracy is wrong, the development of Chichewa voice overs for foreign films astonishes Kabweze. He believes Chichewa speakers have found a fascinating way to localize films that would otherwise not be very popular in the country. Who knew, he says, that pirates could provide such clever solutions to the general public?