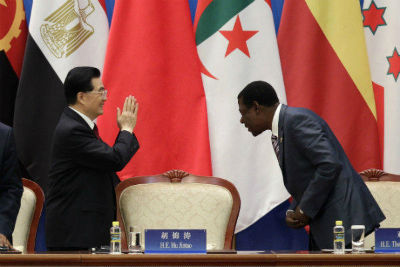 Home » Blog » Investing in Africa? 10 Good Reasons Why you Should Be

Investing in Africa? 10 Good Reasons Why you Should Be

As January has come to a close, it is about time to start on those New Year’s resolutions. And if one of your resolutions was to expanding your company, why not turn to the African continent to do so? Here are ten reasons to invest in Africa! 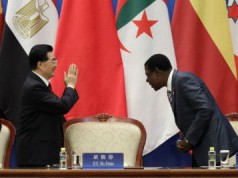 In an article on Frontier, it is stated that the African continent holds many business opportunities for companies that seek overseas expansion.

The Economist might have once called the continent ‘hopeless,’ but since 2000, but Frontier says the African economy has been making a slow but steady progress despite the economic crisis. According to the website, more and more foreign companies have found their way to African countries. Moreover, in recent years, investors have also turned their focus to the emerging markets in Africa as these still have a lot of opportunities for growth.

Frontier believes the African market is not an easy one to access as there still is a lot of work that needs to be done. However, investing time and money in the continent can definitely pay off: Frontier has found ten reasons why the African market is worth entering. Here are five of them!

According to Frontier, many Africans hope to become entrepreneurs and need investors to help them with this. The website says The National Bureau of Statistics revealed Nigeria is home of 17 million SMEs, for example! As this country is exemplary for many other countries in sub-Saharan African, the Global Entrepreneurship Monitor 2012 stated that the region is going through an ‘entrepreneurial revolution’ which means the Gross Domestic Products and the employment rates have not only gone up, but the number of business opportunities has increased greatly as well.

Conducting Business in the Region Has Become Easier

As corporate taxes are lowered and the regulatory and legal systems in many African countries have been fortified in recent years, more international private firms have settled on the continent. This fact is backed up by the ‘Doing Business 2014: Understanding Regulations for Small and Medium-Size Enterprises’ report released by the World Bank in October 2013. This report stated that in 2013, 66 reforms were adopted on the continent to lower the strains on local entrepreneurs. In fact, Frontier says, 18 of the top 50 most reformed countries can be found in Africa.

The Gross Domestic Product Is on the Rise

Frontier states that economic experts believe Africa is the second-fastest-growing area worldwide. In fact, the return of investment on the continent is not matched by any other region. Moreover, the website states that the real GDP of the African region grew by 4.9 per cent between 2000 and 2008, which is double the growth rate that was measured between the 1980s and 1990s. In Africa’s Pulse, a semi-annual report issued by the World Bank, the institute claims the average growth in 2014 will be 5.3 per cent, which is 0.2 per cent higher than its projection. In addition, Frontier says the IMF expects the region to have its average GDP growth up by 6.1 per cent in 2015.

The African Work Force Is Immense

It is not surprising that the work force in Africa is very large – after all, Frontier says, the continent has the youngest population in the world! The website states that McKinsey & Co, a global consulting firm, believes one out of every five young people across the globe will live in Africa in 2040, meaning that the African population will largely consists of youths in less than 25 years. If the continent invests in the education of these youngsters, Frontier says, they can be a valuable contribution to the economic growth of the country.

Africa is Hungry for More

According to Frontier, Africa has entered ‘the age of consumerism,’ and is predicted to be the leading consumer market in 2050. The process is accelerated by the social and demographic changes the region is experiencing at the moment, Frontier says. A good example of these changes is growth of the African consuming class, which has seen 31 million new African households since 2000. Financial consulting firm Deliotte has stated that the African middle class now makes op one-third of the population and will grow even further to encompass 1.1 billion people in 2060. This climb on the social ladder means a great deal of Africans have more money to spend: Frontier states that McKinsey & Co has estimated that the top 18 cities in Africa will have a total spending power of 1.3 trillion US Dollars in 2030.

Do you want to read five more reasons why investing in African is a wise move? Click here to read the entire article on Frontier!