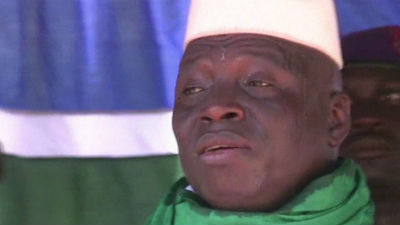 President Yahya Jammeh announced that Gambia will no longer use a foreign language, i.e. English. Since independence in 1965 Gambia has used English as its official language, but what will replace it? 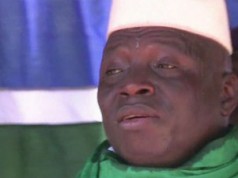 At present it appears nothing will replace it as Jammeh has given no indication of when this will happen and which language or languages will be used instead.  The most detail as to when it  would happen was, “very soon”.

“We no longer believe that for you to be a government you should speak a foreign language. We are going to speak our own language,” Jammeh said in an address (in English) last week. “The British did not care about education, that means they were not practising good governance. All they did was loot and loot and loot,” he added.

So what languages could potentially replace English?

Gambia’s 1.9 million people speak several African languages but the main ones are:

Mandingo – spoken by 38% of the population, the Mandingo or Mandinka language, is spoken by the Mandinka people of Mali, Senegal, the Gambia, Guinea, Ivory Coast, Burkina Faso, Sierra Leone, Liberia, and Guinea-Bissau and Chad.

Fula – spoken by 21% of the population, the Fula or Fulani language, is the lingua france of much of West Africa. Like Serer and Wolof, it belongs to the Senegambian branch of the Niger–Congo language family. It is spoken as a first language by the Fula or Fulani people.

Other than the three main languages, other languages of note include Jola, Pulaar, Serahule, N’ko,  Mandjak and Karon although their populations are much lower. On top of this, most speakers of the smaller languages usually also speak 1 or 2 of the larger languages.

So, which languages will Gambia go with? Be very interesting to see how the government handles this. Will it go the South African way and protect all native languages, or risk political backlash through promoting a few languages over others?