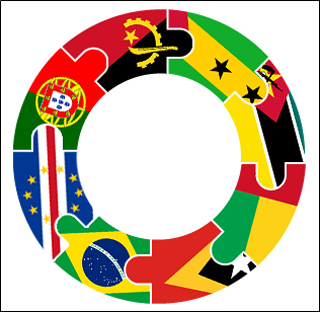 Equatorial Guinea to Enter the Community of Portuguese Language Countries

Now that the country is planning to abolish the death penalty, Equatorial Guinea is likely to become an official Portuguese speaking country. Some people, however, believe this decision is made on false grounds as the human rights in the country still leave a lot to be desired. 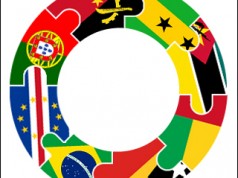 According to Sara Moreira, the Portuguese Language Countries Editor of website Global Voices, Equatorial Guinea is on the verge of entering the Community of Portuguese Language Countries. On 20 February, the organisation’s Ministers of Affair approved Guinea’s recommendation to join Angola, Brazil Cape Verde, Guinea-Bissau, Mozambique, Portugal, Sao Tome and Principe and Timor-Leste and become a member of the CPLP.

At the moment, Moreira says, the two official languages of Equatorial Guinea are English and Spanish, but Portuguese is on its way to becoming the third official language in the country. In fact, she points out that Guinea has been an Associate Observer of the community since 2006. The CPLP was very happy with the country’s proposal to suspend the death penalty this February as one of their membership conditions is the abolishment of capital punishment.

According to Moreira, even after the proposal, the Guinean government is still criticised by some. On 19 February, a day before the CPLP announced Equatorial Guinea’s recommendation, writer David Shook expressed his concern about the human rights in the country. He believes Guinea is one of the most corrupt states in the world. To give an example, he refers to writer Juan Tomás Avila Laurel. According to Shook, Laurel is Equatorial Guinea’s most important living writer, but has been hiding for quite some time as he was also involved in activist actions. If Laurel is caught, Shook says, he will not be treated kindly.

Shook also refers to the World Report for 2013 issued by Human Rights Watch that stated that under President Teodoro Obiang Nguema Mbasogo, corruption, poverty and repression can be found in abundance in the country. The small elite in the country lives in great wealth, Human Rights Watch says, but most of the people in Equatorial Guinea are very poor. The CPLC board does not seem to have taken this report into account when making their decision, Moreira says. This July, the organisation will make their final decision about the membership of Guinea. The announcement that Equatorial Guinea is a potential Candidate for the CPLC has also attracted the eye of the Portuguese department of Transparency International. The corruption watchdog and civic association tweeted that apparently, “money speaks louder than words” in the lusophone world.

The Portuguese government was also opposed to the entering of Equatorial Guinea to the association, but Moreira thinks their standpoint might have shifted because of the economic crisis. According to her, website Lusomonitor reported that the African country has transferred 133 million euros to the Portuguese Banif bank. By sending over money, the Guinean government aims to aid Portugal in their goal to decipher a complicated document that prevents the Portuguese government from meeting their objectives.