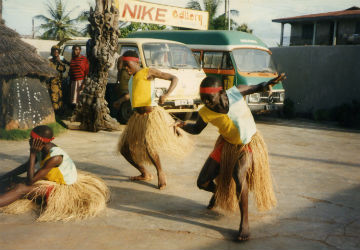 In order to bring the rise of the English language to a halt, a university in Nigeria is making the indigenous Igbo language a mandatory course. 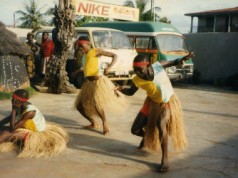 In Nigeria, Ihechukwu Madubuike, the Director of the Igbo Renaissance department at the Gregory University, recently announced a remarkable new development in the course programme of his university. Website allAfrica revealed that in the speech the director held during the Igbo Cultural Carnival, Madubuike stated that the Igbo language will become a compulsory course for students in their second year of university.

The Igbo course will be mandatory for all students, irrespective of the student’s native language or the subject he or she studies, Mr. Madubuike said. He believes the language is “the soul of the culture of Ndigbo” and must thus be preserved. If the language would die out, he said, the culture would be soon to follow as well.

One person who will be very pleased with this measure is Laz Ekwueme. Ekwueme is the traditional Oko ruler in Anambra state and has earlier expressed his concern about the Igbo language becoming extinct. Ekwueme is the chairman of the Igbo Carnival and said he lamented the poor state of the language. Accrding to him, the decline of the language can be attributed to the fact that less people use Igbo as a means of communication. Nowadays, a great deal of Nigerians communicate with their children in English instead of the native African language. If no steps are taken to put this development to a halt, he said, could lead to the downfall of Igbo.

In Uturu, the region in which the Gregory university is located, the cultural heritage of Igbo is very widespread. Head Educational Services and Training of the National Commission for Museums and Monuments professor Barth Chukwuezi stated that he was very pleased with this. According to Chukwezi, the commission tries to encourage people to speak in their native language. However, he also found that Igbo is becoming an endangered language and agreed with Ekwueme that actions must be taken to prevent this from happening. As Chukwezi believes the people who speak a language also disappear if a language goes extinct, he suggested parents would again use Igbo to talk to their children.

According to Ibe, the Igbo carnival had many objectives, one of them being to convey the Igbo culture to future generations. This year, the theme of the carnival was “Ibu anyi danda,” which means “resilience and the indomitable spirit.” Ibe believes that this theme reflected the struggles of the Ndigbo. However, he also stated that god is very lenient towards the Igbo man and has always rewarded him with success in life. Ibe described the carnival as a “celebration of [the Igbo] history, civilisation and the totality of their way of life.” We cannot think of a better way to keep a language alive!