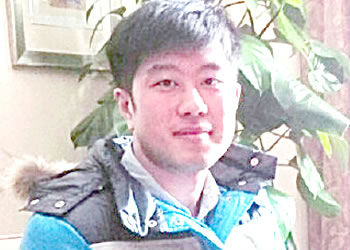 The Nigerian Tribune recently featured a very interesting story: a man in China speaks the African Hausa language as well as his mother tongue! 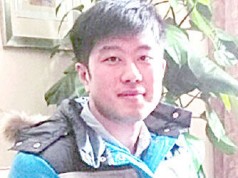 In an article on the Nigerian Tribune, Idowu Samuel writes about the remarkable Yaw, a Chinese young man who loves the African Hausa language so much that he has even adopted the name Bako. Bako came into the limelight of the Nigerian people a week ago when the Nigerian Peoples Democratic Party (the PDP) visited China.

According to Samuel, the PDP was invited by the Chinese government to do a tour along the strategic zones of the country. The party was entertained royally – in fact, red carpets appeared everywhere they went! One of the cities the party officials visited was Shenzhen, Samuel says. This proved to be quite the culture shock, as they travelled to the enormous city by the fastest train in the world. According to the tour guide, the Chinese used European technology as a starting point, but developed these techniques even further themselves.

The city itself was also nothing like the party members had ever seen, Samuel says. Thirty year ago, the city of Shenzen was still a small fishing village, but in the previous years, the village has grown into one of the most beautiful cities in the world. According to Samuel, it features remarkable buildings and a first-class infrastructure.

However, the PDP officials encountered the biggest surprise of their China trip came when they visited the China International Broadcasting Network in Beijing. Here, a Chinese man called Yaw turned out the speak the African Hausa language! According to Samuel, the officials were in shock when Yaw greeted the party’s Chairman in fluent Hausa. Yaw, who has adopted the very common Nigerian name of Bako, conducted the entire interview with the officials in the African language. This was not the first time he spoke Hausa on the Chinese radio, as he actually broadcasts programmes for China Radio International in the language.

Interestingly enough, Samuel says, Bako actually has never visited Nigeria to learn Hausa. He learned the language at a Chinese university and only started to learn the language after he heard his radio colleagues speak in the language. And with success! Bako has a host of Hausa-speaking admirers that contact him on a daily basis. Samuel says, this has in the past lead to a visit to the country to play a small role in a Hausa film.

Bako said that during this trip, he fell in love with the country the moment he set foot in Nigerian territory. Samuel states Bako described Nigerians as “warm people” and wishes to visit Nigeria again in the near future. Next to Hausa, Bako can also speak a little Yoruba and Ibo. His big dream is to teach the Hausa language to others, Samuel says, and does not mind moving to Nigeria to pursue this dream.