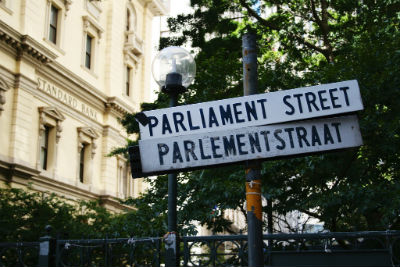 According to Marianne Thamm, the Afrikaans language isn’t used very often by its speakers. In fact, she believes activists only use Afrikaans to discuss the language itself! This way, the activists have disabled all public discourse on the issue, she says. 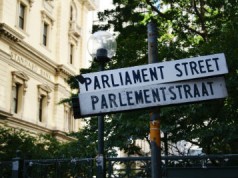 On the Daily Maverick, Marianne Thamm has written an interesting piece on the African language. In 1995, satirist Pieter-Dirk Uys founded a now very famous theatre called Evita Se Perron in the small town of Darling. Originally a train station, today the theatre encompasses a restaurant, a garden and even an arts and crafts gallery. Next to the theatre, Uys also founded an unofficial museum: Boeriassic Parc. The museum is visited by people all over the world, Thamm says, especially attracts Afrikaans speakers from all across South Africa.

The Evita Se Perron theatre, Thamm tells us, is filled with Afrikaner memorabilia such as tapestries and “whites only” signs. She also states that Uys did not wish to push visitors to a certain sentiment, but that they should form their own opinion. When eavesdropping visitors, Uys found that older people, who still remember the architect of the Apartheid, Hendrik Verwoerd, are often overcome by nostalgia. Their offspring, on the other hand, laughs about it or believes it to be a dreadful piece of history.

When Thamm visited Uys, she experienced the nostalgia elderly people feel when visiting Darling firsthand when a bus with Afrikaans speakers arrived. This made her wonder: if you happened to be part of the “wrong” side of history, how much nostalgia are you allowed to feel? Here, Afrikaans is also a touchy subject, she says. After all, the language was used by politicians who used it in their fight against other South African cultures.

Thamm says the Afrikaans language debate has become more and more shrill in the last 15 years. According to her, this partly has to do with the fact that conservative organisations and activists are well organised, while progressive white, Afrikaans speakers are not.  She believes it is important for young speakers of the language to investigates how Afrikaans defines them, whatever the colour of their skin.

The 2011 census revealed that Afrikaans is the third largest language in South Africa, which means the language is spoken by 13.5 per cent of all of the country’s inhabitants. The language is thriving, Hamm says, which for example can be seen from the fact that the three highest grossing films in the country were all Afrikaans productions. However, there are still people, for example reactionary Dan Roodt, who believe the language is dying out, Thamm says.

Thamm believes Afrikaans has long been part of South African society. The language was developed by slaves who worked in the kitchen of Dutch settlers and the first written examples of the languages can be traced back to the 1830s. in 1896, Thamm says, the first Afrikaans Taal congress was held. This congress was organised by a movement that wished to make a “volkstaal,” a language of the common people, of the language. Afrikaans became an official language in 1925 and Thamm states that in an attempt to conceal its creole roots, the language was often labelled Afrikaans-Nederlands (Dutch).

Despite its commonplace beginnings, Afrikaans slowly but surely gained importance. According to a paper by professor Hermann Giliomee, Thamm says, the language “is the only non-European/non-Asiatic language to have attained full university status and to be used in all branches of life and learning.” Now that English is increasingly becoming the language of communication, Thamm states that people have raised concerns about all official languages in South Africa, including Afrikaans. Professor Wannie Carstens, chair of the Afrikaanse Akademie vir Wetenskap en Kuns, for example, believes attention has to be given to the use of Afrikaans as a language of instruction at universities. The key, she believes, lies in multi-lingualism.

Thamm thinks Evita Se Perron is a metaphor for Afrikaans speakers in today’s world. Speakers are divided into two camps that either feel the language is threatened or that wish to see the language thrive like never before. Dan Roodt and his followers, Thamm says, clearly belong to the first group, while many people actually belong to the second.

Concluding, Thamm is of the opinion that “Afrikaans belongs to everyone.” In fact, this August, an Afrikaans speaker stated the language would even survive its speakers. Thamm hopes that when that day comes, the language will be used to discuss everything except for Afrikaans itself.