African languages have long been under-represented online and in the digital space. This however is changing and we here at African Language Solutions predict the next big internet boom will come from the continent, pushing local languages into the digital space. 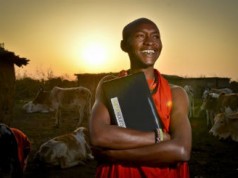 The “home to African tech” website, HumanIPO, is the place to keep an eye on developments in this area. The website covers news relating to social media, mobile, internet and gadgets (as well as many other things) from across Africa.

So to demonstrate our theory that African languages are and will become more important online, we have picked 5 articles from HumanIPO we think you’ll find interesting.

Richard Cutcher reports on internet giants Google adding more African languages to Google Translate, namely, Somali, Zulu, Hausa, Igbo and Yoruba. Google Africa’s Arne Mauser states: “There are lots of languages in Africa, and this is the largest expansion into African languages to date. The more language is used on the web, the higher chances for us to launch it one day.”

So a clear strategy from Google that the more a language is used online the more attention it will get. So how long until we see the likes of Amharic or Chichewa?

2. African language diversity and the challenge to developers

Africa’s 2,000 languages make building and developing software on the continent a lot harder, claims Andile Ngcaba, founder of Convergence Partners. “One fundamental issue that makes it very difficult for us to build and develop software today is language,” said Ngcaba, who added that until the language issue within the African continent is dealt with, “the way in which we engage with the internet is going to still create inhibitors [on] how we build systems for the future”.

Ngcaba’s statements however hides the fact that much is going on in Africa within software, IT and app development taking place in local languages.

A Nigeria-based IT consultancy is offering new phone technology called InternetSpeech that allows surfing of the Net in local languages. Targeted at more than 100,000 illiterate farmers and traders residing in Nigeria’s rural areas, the technology will enable local users to transact business over the Internet in their local languages or with people of other languages via an inbuilt translator.

A potential move into creating automated translations between African languages perhaps? Either way, it demonstrates the close connection between information, IT and languages.

The results of a study by Portland Communications highlights the countries in Africa who tweet most, what they tweet about and in which languages.

It found Johannesburg in South Africa was the most tweeting city in Africa, with 344,215 Tweets, followed by Ekurhuleni, also in the Gauteng province of South Africa, with 264,172 Tweets. Durban came in fourth with 163,019. But it’s not all about South Africa.

Portland also revealed English, French and Arabic are the most commonly used languages on Twitter in Africa, comprising 75.5 per cent of all activity. Zulu, Swahili, Afrikaans, Xhosa and Portuguese are the next most tweeted-in languages on the continent.

The BBC has announces a partnership with BlackBerry to deliver news from its Hausa service to its users in Nigeria. The new service is part of BBC’s move to use chat apps to deliver its content to, and engage with, a wider demographic of users.

BBC Hausa editor Mansur Liman said: “With over 96 per cent of the traffic to the bbchausa.com website coming to its mobile version, BBC Hausa has prioritised its mobile offer as our key platform to reach our audiences. The launch of the BBC Hausa BBM in Nigeria – our biggest market – is a great development which will allow us to tap into new audiences, and also create a very simple, cheap and immediate way of connecting us with our users there.”