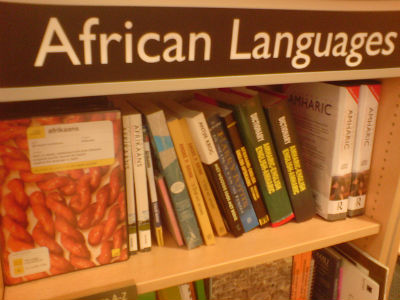 Home » Blog » Which African language would you learn?

Which African language would you learn?

As a translation and localization agency most of our clients come from outside Africa. Some ask us which African language is best or easiest to learn. In all honesty, we don’t know which is the easiest to learn as there are so many. However an article on Insidermonkey.com claims they have identified the 5 easiest. 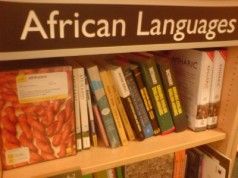 Why learn an African language?

Learning any new foreign language is good for you. For starters here’s some of the major benefits of bilingualism. Not only will your memory improve, but it will generally make your more perceptive and a lot smarter.

Thinking about Africa specifically, learning a language can dramatically impact your relationship with a country or culture. There is no better way of understanding a people (at every level) than learning their language. You gain access to their culture, their way of thought, their present and their past.

Being able to communicate with people in their own language gives you power. In fact it was Nelson Mandela who said,

We would say perhaps the biggest positive with learning a new language is cultural awareness. This is very important when working in Africa as there are many cultural differences in terms of how we do business, etiquette, etc.

All in all, learning a language is good. Good for you, good for me, good for business.

So which African languages could potentially be a grasp away? According to Insidermonkey they are…. 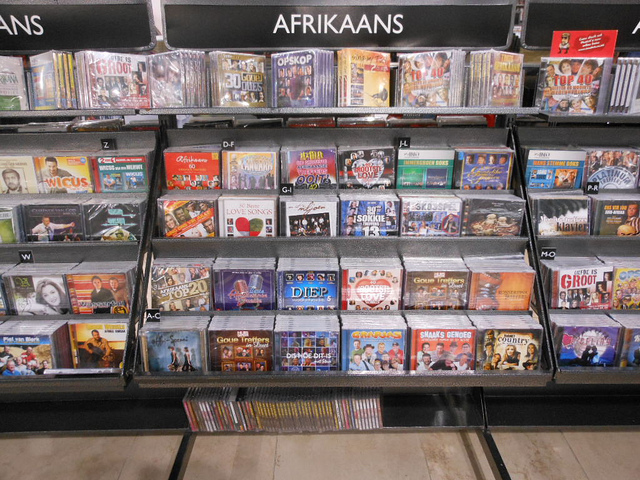 Said to be perhaps the easiest African language to command is, Afrikaans originates from European settlers in south Africa. However we would ask, easiest for who? For Europeans it might be easy, but for a Chinese or Thai person, is it going to be just as easy? The shared linguistic roots with Dutch certainly make Afrikaans  one of the more recognizable African languages due to shared words, etc. However, the language also contains elements of Portuguese, Malay and the indigenous Khoisan and Bantu languages of South Africa. It might not be easy for everyone!

HERE ARE SOME PLACES ONLINE WHERE YOU CAN LEARN AFRIKAANS:

Easy Afrikaans run by an intriguingly named Moonface.  This You Tube clip isn’t the most amazing of productions, but its a great guide to pronunciation.A great list of resources to help you learn Afrikaans are also available at 101 Languages. 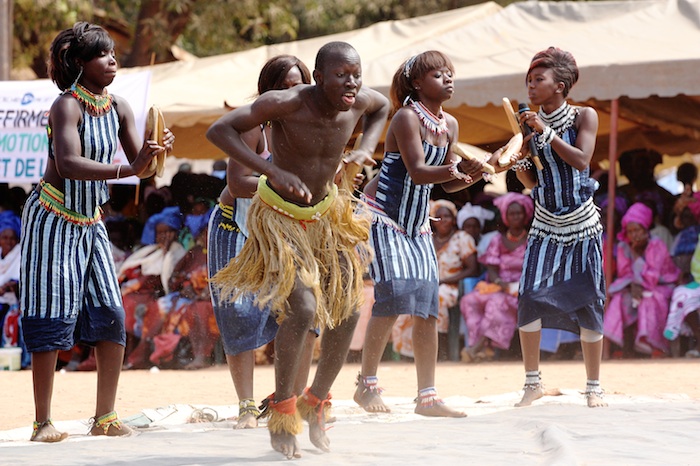 Spoken mainly in Senegal, Wolof is the language of the Wolof people who also live in The Gambia and Mauritania. How it made the 5 easiest languages to learn, we are not quite sure as it is surely as demanding as many others such as Amharic, Mandinka or Fula.

Did you know that some claim the word “yum” as in “yummy” comes from the Wolof word, nyam, meaning tasty?

HERE ARE SOME PLACES ONLINE WHERE YOU CAN LEARN WOLOF:

Wolofonline.com and Laaf  are both good online courses. For more resources also look at the Wolof Video Course. We also really liked the look of the Wolof course by the Peace Corps. 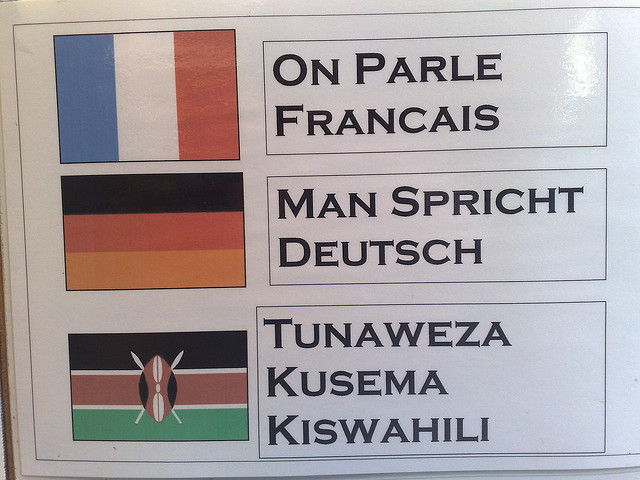 Swahili, or Kiswahili, is a fantastic language, arguably the continent’s most powerful indigenous language. It’s influence is massive, especially in the east and along its coast. The language is spoken in Kenya, Tanzania, Zanzibar, Uganda, Democratic Republic of Congo, Zambia, Mozambique, Malawi, Rwanda and Burundi, Somalia, and the Comoro Islands. Although African in nature, its origins are much more multi-cultural.

The Swahili language is heavily influenced by Arabic and Indo-European languages such as Portuguese, German, English and French. Learning Swahili is actually fairly easy as it has simple grammar structures and fairly easy to remember vocabulary.

HERE ARE SOME PLACES ONLINE WHERE YOU CAN LEARN SWAHILI:

The BBC has a compact section on Swahili which is a good starting point. The wonderful Hassan O. Ali & Ali M. Mazrui have published a free PDF, “Teach yourself Swahili” which is an equally wonderful resource for anyone looking to learn at home. If you like podcasts then check out swahilipod.com 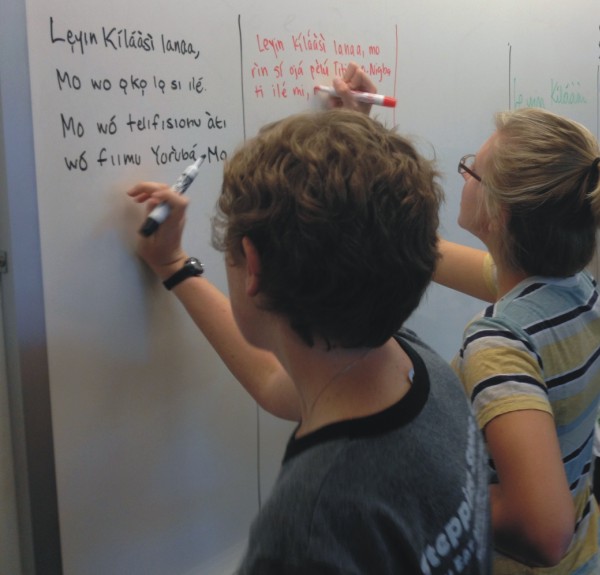 Yoruba is a powerhouse in West Africa. Spoken mainly in Togo, Benin and Nigeria it is the language of the Yoruba people. It therefore goes where the people go as opposed to being confined by national borders. Best guesses estimate it to have around 30 million speakers. If you are involved with Nigeria in anyway, Yoruba could become a big part of your life.

Did you know that the Yoruba people where known as ‘Akus’ by the Europeans? The name comes from a common greeting in Yoruba,  ‘ệku arọ” meaning good morning or ‘ệku ọsan’ meaning good afternoon. The common ‘eku’ sound in the greetings became their distinguishing feature!

HERE ARE SOME PLACES ONLINE WHERE YOU CAN LEARN YORUBA:

Bis Bus International, an organization dedicated to the promotion of Yoruba run the Learn Yoruba website. Find loads of free goodies at the Live Lingua Project’s Yoruba page. First stop however maybe should be to Yoruba Online which lays everything out nice and simply. 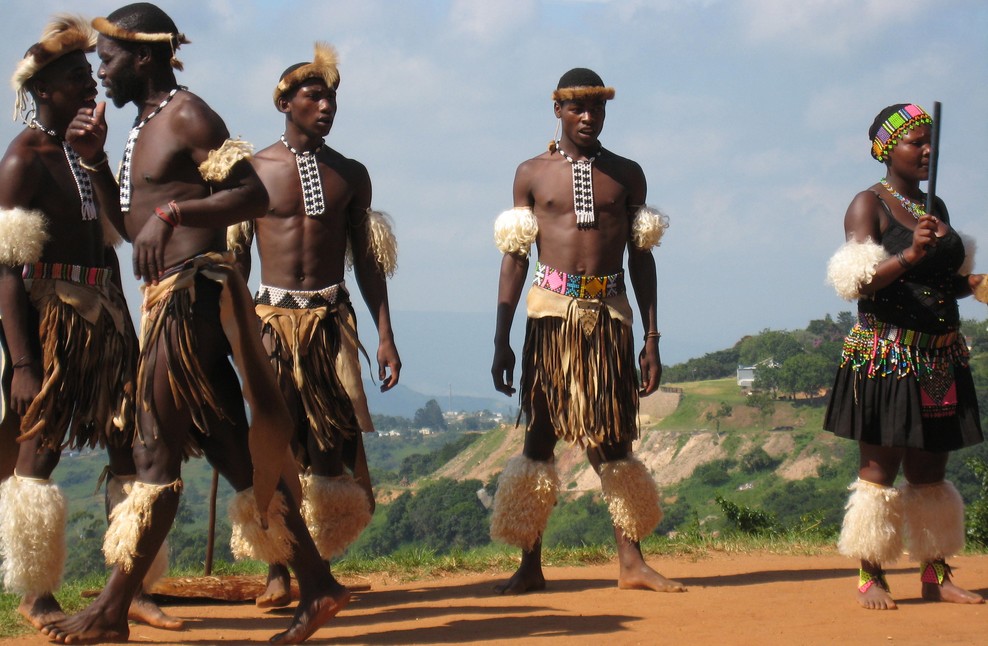 Even though South Africa has 11 official languages, as well as others, Zulu can be seen as perhaps the strongest of them all. This is naturally due to the influence of the Zulu tribe in east of the country. It has around 10 million speakers with some 95% being in South Africa.  Zulu migrant populations have also taken the language outside of its natural habitat especially in Zimbabwe, where Zulu is called (Northern) Ndebele. Xhosa, the predominant language in the Eastern Cape, is often considered mutually intelligible with Zulu.

Easy to learn? Depends on how good you are a clicking with your mouth. Remember Zulu is one of the many African languages using click noises to talk!

HERE ARE SOME PLACES ONLINE WHERE YOU CAN LEARN ZULU:

University of South Africa have a free online Zulu course on their website. Learn Zulu costs money but is professional and you get more than an online manual or a list of phrases. Head and shoulders above them all however is this brilliant website from SOAS University in London, UK called Virtual Zulu.

So which language would you learn?