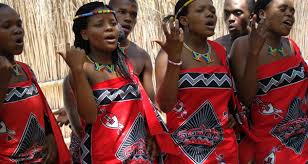 Swaziland’s only indigenous language, SiSwati, is  is in danger of extinction by the end of this century, the United Nations Educational, Scientific and Cultural Organisation (UNESCO) has warned. 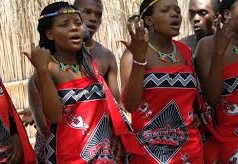 In order to highlight the plight of lesser known languages, UNESCO have launched an interactive electronic catalogue containing some 2, 500 endangered languages worldwide. You can visit it here  Atlas of the World’s Languages in Danger of Disappearing.

They rank languages in danger of dying according to 5 levels:

From the approx. 6,000 languages currently in existence, over 200 have died out over the last three generations, 538 are critically endangered, 502 severely endangered, 632 definitely endangered and 607 unsafe.

SiSwati is not the only language faced with the threat of going extinct as nearly one-third of all of the world’s languages are spoken in sub-Saharan Africa, and it is estimated that 10 percent of them will disappear by the end of this century.

– SiSwati, Swati or Swazi is a Southern African language spoken predominantly in South Africa and Swaziland.

– In South Africa most of the speakers of this language are situated in the eastern region of the Mpumalanga province, which borders Swaziland. This summary explores the linguistic derivation of the language, the history of written codification and dialectal variation, and recent attempts to standardize the language in South Africa.

– SiSwati forms part of the Nguni language group and is therefore closely related to the other major languages in this group, isiZulu, isiXhosa and isiNdebele. Linguists commonly drop the language prefix when referring to these languages. Hence siSwati is commonly referred to as “Swati” (and has in the past also been referred to as “Swazi”).

– Like the other indigenous South African languages, siSwati is a tonal language, in which the sentence structure tends to be governed by the noun.

– There are two principle dialects: Thithiza and Yeyeza. These correspond with a north-south division, where the language of the South bears a stronger resemblance to isiZulu. Consequently, the dialect of the north is considered to be more standard, in large measure as a result of its association with the Royal household.

– The Swati spoken in Swaziland is commonly divided into four dialects, which correspond with the four administrative regions of the country: Hhohho, Lubombo, Manzini, and Shiselweni.