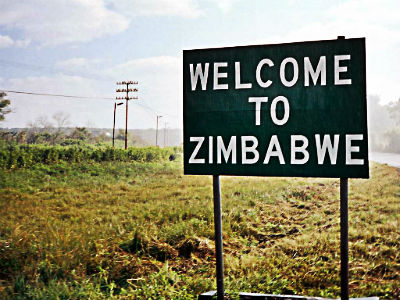 With few exceptions, languages are always evolving: new technologies or influences from other languages lead to new words and phrases. In Zimbabwe, it is the street life in the big cities that is currently transforming the Shona language. 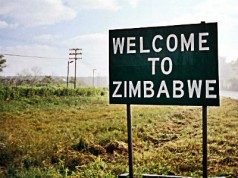 The Shona language is spoken by 80 per cent of all Zimbabweans. However, according to Hilary Siyachitema, there is also a variety of Shona called “Street Shona” which exists next to the standard variety of the language.

One of the people who speaks Street Shona is musician Winky D (see image below). When he sings “Ndipei sand dzangu,” for example, he doesn’t mean “give me my hammers,” which is the literal translation of the phrase. No, what he means is that people who are good at what they do must receive proper recognition.

Shona belongs to the Bantu language family and can be found in spoken and written form. Its evolution to a street language, Siyachitema says, goes hand in hand with the Urban Grooves movement. This music genre blossomed when broadcast stations were obliged to air local music 75 per cent of their time.

Even though Urban Grooves is a genre that is mainly popular among youths, Siyachitema says the older generations in Zimbabwe are also familiar with the newly coined phrases. One of these terms is “wotoshaya kuti zviri kufamba seyi.” This translated to“not sure why things are going the way they are going” and is very popular in Harare, Zimbabwe’s capital.

Urban Grooves might have contributed to the popularity of Street Shona, but Stanley Maniste, a youth from Chitungwiza, believes the language was born on the streets. “Music is just a vehicle that makes the current affairs of the street more popular,” he says.

Artist McDonald Nyathi even says society is the reason for the transformation of the Shona language. Furthermore, he believes that that music and the media are a great way for the Zimbabwean people to express their views.

Music producer Lloyd Goredema thinks the new words and expressions in the Shona language can be attributed to the economic problems in Zimbabwe. He says street language existed even before the 75 percent local content policy on the radio, but that it seems to have grown after the rule came into effect in 2002. Street language is also derived from other sources, Siyachitema says, such as the touts (or mahwindi) that work in taxi ranks in the big cities in Zimbabwe.

Now that street language is increasingly becoming a part of the standard Shona language, researchers are jumping on the subject as well.

According to the study “What’s new in Shona street lingo?” by Shumirai Nyota and Rugare Mareva, a number of factors are responsible for the rise of street language in Zimbabwe.

Shona lingo consists of highly informal words or phrases which have been coined or formed by mixing languages. Speakers of Shona lingo use it in their informal discussions on any subject matter, especially on topical issues in Zimbabwe, such as politics, socio-economic issues and HIV. The vehicles or channels used to transmit street lingo include, emails, cell phone text messages, Shona lingo chat forums and urban groove music.

Siyachitema says street language cannot only be found in Zimbabwe’s larger cites, but in the country’s rural areas as well.

Aspiring musician Tawanda Huhlu believes the street language starts out on city streets and in backyard recording studios, but that it reaches the countryside fairly easy as Zimbabweans travel the country on a regular basis and new technologies enable a faster spread of new language varieties.

Moreover, Zimbabwe isn’t the only country in which street language is on the rise. According to a study by German researcher Flora Veit-Wild, Siyachitema says, this phenomenon can be encountered in big cities in east, west and central Africa as well. She states that the Sheng language that is spoken in Nairobi, Kenya, for example, is a mix between Swahili and English.

Street language might be a great source for new phrases, but some people believe it serves a greater purpose as well, Siyachitema says. According to artist Goredema, for example, the street language also unites the nation: “We speak a common language, especially as young people and this in some ways creates an identity for us.”

ABOUT THE SHONA LANGUAGE