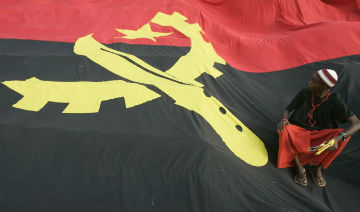 New, Online Ways to Prevent the Extinction of Angolan Languages

In many countries, national languages are becoming increasingly less important as more and more communication in daily life occurs in the official language(s). The Angolan people are having none of this, however! 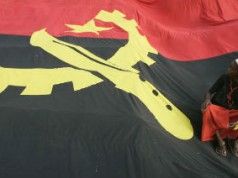 In an article on the website Global Voices, journalist Mário Lopes discusses the way people in Angola are trying to bring the disappearance of national languages to a halt.

Lopes is Angolan and writes in Portuguese, but translator Eleanor Staniforth has been so kind to translate his article into English.

Four years ago, Lopes says, author José Eduardo Agualusa already noted that more and more languages are becoming extinct. In 2011, he stated that every two weeks, another language in the world disappears and that the languages from the African continent are the most endangered ones. Even though this of course includes languages in Angola, Lopes says that 2013 has seen the development of online platforms that aim to counteract this development.

According to Lopes, there are seven official languages in Angola: next to Portuguese, this includes six different African languages. However, there are more languages spoken in the country. Next to these official languages, he says, Angola houses 37 other languages and 50 dialects. Moreover, last year, the blog Círculo Angolano Intelectual (Angolan Intellectual Circle) reported that almost one third of the Angolan population could only speak a national language not used for education or other social matters.

One of these initiatives is called Evalina, which has been developed to promote the education of national languages in Angola. And the good part? It’s completely free! Lopes says that its creator, Joel Epalanga, was driven to develop Evalina because he believes Angolan teenagers are losing their ability to speak the national languages of the country. And as these teens spend a great deal of time on the internet anyway, why not have them learn one of these national language at the same time? Evalina also has a Facebook page which gives access to the lessons in Umbundu and Kimbundu and on which users can write encouragements to each other.

Another great initiative is Kallun, a platform for Angolan slang. This platform explains slang words so everyone can understand them. To have users share and learn new words, the platform has also turned to social media. The Ngola Yetu Dictionary, which gives people the access to a dictionary and translator for the Angolan national languages, is also an initiative that was developed last year. This service can be seen as a search engine between Portuguese, Umbundu, Kimbundu and Kilongo, Lopes says.

Agualusa is not the only Angolan that is aware of the importance of national languages in Angola: last year, website Mwelo Weto interviewed Daniel Peres Sasuku, an Angolan linguist who also gives lectures at the Agostinho Neto University. Sasuku believes national languages should be included in teaching as this will help them from becoming extinct. His belief is backed up by the Regional Forum for University Development that believes schools should make these languages a mandatory subject.

According to Lopes, a number of schools already tried out this new rule between 2004 and 2010. And with success, apparently, as the Angolan Ministry of Education revealed last September that this trial will be expanded to all primary schools. According to their bill on the Statute of National Languages in Angola, the Ministry has made this decision because they hope it will aid social inclusion and will increase the unity between the several national languages. Next to these measures from higher up, Lopes says, several Angolan singers are also advocate the use of national languages in songs.