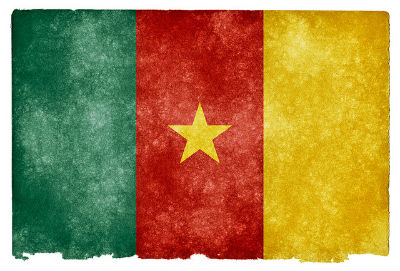 In Cameroon, the prevailing language in many fields, for example in court and in the media, is French. Not only does this mean the Anglophone inhabitants of the country are left out, this trend also seriously threatens Cameroon’s indigenous languages. 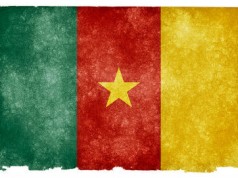 Professor Peter Wuteh Vakunta, who works at the Department of Defence Language Institute in the United States, states that he believes the Cameroon language issue is the most difficult issue faced by the country. In fact, he says, the language question has developed into the country’s identity crisis:  Cameroon might be a more or less independent country for over 50 years now, its government still hasn’t taken any actions to protect indigenous languages.

Vakunta wonders why there is no language policy in Cameroon, which houses over 200 different languages. He would also like to know why Cameroonians still dress in colonial fashion and how leaders in the country can talk about a national identity without mentioning a language policy. Vakunta is amazed that policy-makers don’t see the importance of language. After all, he says, language is the “memory bank” of a people as they contain their habits, mannerisms and identity.

According to Vakunta, there currently is a “linguicide” going on in Cameroon, which means foreign languages are used instead of native ones. He gives the example of the Cameroon court, where the judges speak French. However, the legal system is Anglo-Saxon, which means the law isn’t always followed correctly. This was for example true for the Yondo Black trial in the 1990s. Here, Vakunta says, an Anglophone witness was not allowed to testify because the judge didn’t understand English. It is surprising that the Cameroon court doesn’t use any translators or interpreters as there are trained professionals in the country. Vakuta states that these people, however, only translate trivial documents and do not deal with important matters.

Next to court, language is also an issue for Cameroon Radio and Television (CRTV), where 95 per cent of all broadcasts are in French. Thus, Vakuta says, English-speaking Cameroonians often remain uninformed. This also means Anglophone political leaders are not given much time to address the nation. In addition, the armed forces, police and gendarmerie also use French. As a consequence, any English speaker that wants to join any of these have to take a crash course in the French language, Vakuta states.

Together, all of these issues have resulted in the “Cameroonian Crisis, ” Vakuta says. He believes this crisis doesn’t only affect people living in Cameroon today, but future generations as well. In fact, as Cameroon is a microcosm of Africa, Vakuta states the situation might even influence the entire continent . This is why he believes the linguistic problem must be faced squarely to prevent a genocide like the ones that have happened in Bosnia or Rwanda.

When native languages are considered unimportant, self-hatred can arise. Vakura believes it can even lead to identity crises! This is why he says the Cameroon people should become plurilingual, as multilingualism is crucial for people living in the so-called global village. Moreover, studies have found that people who speak multiple languages have a higher cognitive ability than those who don’t. According to Vakura, the Cameroon language policy, however, has become “a political game of chess” and is only used to score points.

Officially, Cameroon employs a bilingual education system, but Vakura says the reality is much different. He even mentions that it seems the Francophone government officials are trying to wipe out the entire English language and culture. Vakura thinks this is probably why Cameroon’s English speaking villages all have billboards and toll gates with French texts.

Vakura feels the Cameroon public officials, governors, police officers etc should be the ones to carry out country’s bilingual policy. However, he believes these people are actually spending their time drinking beers and sleeping around. He also believes, though, that every Cameroonian is responsible for keeping his or her native language from going extinct.

Vakura says scholars are already aware of the importance of mother languages. In his speech “Ghana is born,” Ghana’s president Kwame Nkrumah, for example, stated that European languages are one of the reasons why the freedom, equality and independence of many African countries leaves much to be desired. He believes this issue should be solved by encouraging students to study living African languages. Nkrumah also said that linguistic competency is important for the psychological liberation of the African people.

Concluding, Vakura states that Cameroonians shouldn’t be afraid to ask the government difficult questions such as whether the language policy in the country is serving its original purpose. In addition, he believes policy-makers should refrain from creating policies that tear the country apart. The bilingual language policy has been taken over by Cameroonian politicians, Vakura says, who now use it to achieve self-gratification instead of the integrative actions for which is was intended.