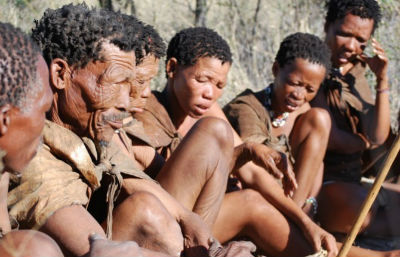 Khoikhoi Language Brought Back to Life in South Africa

The Khoikhoi language is the oldest indigenous language in South Africa. Even though the apartheid and colonialism have caused the Khoikhoi culture in its entirety to fade into the background of South African society, people are now making serious efforts to bring the culture and language back to life. 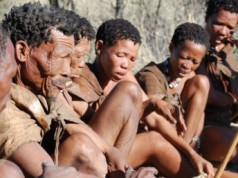 In an article on AllAfrica, Yazeed Kamaldien tells us a little more about the Khoikhoi language.

The language, which was the first indigenous language in South Africa, is now being taught the Castle of Good hope every weekend. The instigator of these classes is the Khoikhoi Language Revitalisation initiative.

The language classes are taught by Bradley van Sitters, who revealed to Kamaldien that the initiative is meant to protect the “oldest linguistic heritage” of South Africa. The Khoikhoi language has been researched by the Khoi and San Active Awareness Group (KSAAG), of which van Sitters is a member as well. As the Khoikhoi language and culture has long been lost because of the apartheid and colonialism, the KSAAG aims to bring it back to life. This is why the classes are free of charge, Kamaldien says.

According to van Sitters, the Khoi-San are the most researched people on the planet. However, he says that  in the past, no measures have been made to protect the language and culture. The Khoikhoi and San, who are also known as Bushman, have click languages that belong to one of the oldest language family groups in the world. Thus, van Sitters says, it fits the Western Cape language policy perfectly. Moreover, influences of the languages can be find in other South African languages such as the Nguni languages.

Kamaldien states that the KSAAG wishes to preserve, promote and develop the oldest linguistic heritage in South Africa. The students in the first Khoikhoi language classes, he says, range from young to old. One of the students is the fifteen-year-old Grayton Bernardus, who feels empowered by learning the ancient language. Although he did not now it before, he is of Khoi Khoi descent and is often insultingly called a “hotnot.” However, Bernardus stands tall and does not let these insults affect him: “I’m stronger than that.”

Van Sitters is assisted in the project by Jill Williams. She believes that to conserve a heritage, one should protect the language that goes with it as language and memory are connected. She views herself as a “dynamic agent of change:” the Khoi-San want to be able to express themselves in their own language and according to her, something resonates within the speakers when they speak the language.

Williams and van Sitters are lobbying for Khoikhoi language lessons at public schools. If Khoikhoi is recognised as an official language, Kamaldien  says, it can be included in the school curriculum. According to Williams, though, the project currently focuses on community education. Priscilla de Wet, an indigenous studies academic, is also aware of the advantages of learning the Khoikhoi language. She believes the language gives speakers a tangible identity. Moreover, Kamaldien says, de Wet thinks is important to revitalise the language as it shows the Khoikhoi descend from a noble people who lived in South Africa long before Jan van Riebeeck entered the Cape.

Chief Hennie van Wyk agrees with de Wet. Van Wyk is chief of the Gorachou Qua tribe, that also has its roots firmly planted on the Cape. He believes the KSAAG is doing well in resurrecting the former Cape culture. He describes the Khoikhoi language as an “umbibical chord” to his culture. If the Khoi people would use another language, this would bind them to the identity belonging to it, he says.

This is why he believes it is important to develop a language for his people. According to Kamaldien, van Wyk believes teaching children the Khoikhoi language will bring them closer to their heritage. The language is a positive reinforcement of the Khoi and a way to find an individual identity.