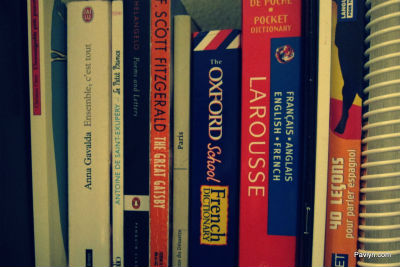 Home » Blog » French Book Market in Danger of Losing Out

French Book Market in Danger of Losing Out

As French publishers hold on to old habits while the rest of the book industry is moving on, chances are the market will miss out on new growth opportunities. 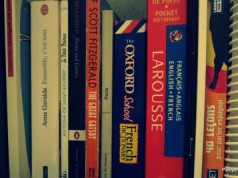 In an article on The Guardian, Pierre Astier and Laure Pécher Only discuss the state of the literary market in France. As France is only one of the few a languages that has a market for books, Astier en Pécher believethe country has a responsibility to transmit knowledge.

According to Astier and Pécher, the English, Spanish, French and Portuguese book markets all differ from one another. The English market, for example is without a doubt the largest market of the three and is known for its thorough marketing. The two state that the Spanish market, on the other hand, is growing rapidly because of the improving living standards in Latin America and policies that promote reading.

The markets might be different, but they do have similarities, Astier and  Pécher say: on both markets, firms were quick to develop their business, which means the subsidiaries and professionals present in the field enable companies to work independently and carry out their own editorial and commercial policies. As a consequence, British and American publishers, for example can be found in English speaking countries all over the world.

Astier and Pécher believe the ability to target emerging markets has led to a more varied book offer and encouraged people to start national firms and independent organisations such as Sexto Piso in Mexico. Moreover, they think that having both large and independent businesses on the market encouraged the market’s diversity.

New publishing initiatives are beneficial for many parties, the two writers say, including writers – in fact, the number of writers in all markets mentioned above has increased. As publishing houses now sell rights to markets instead of shipping books from Europe, the rights market has also had a boost, Astier en Pécher say. This market has become more dynamic, international and professionalised because of it.
Again, Astier and Pécher point out, the English market is ahead of the game. Literary agents and sub-agents for English books have long been present across the entire globe, and the Hispanic-speaking market has also been able to achieve this.

The French market, however, still revolves around Paris, the two writers say. The demand for French books is expected to grow immensely as the forecast is that 700 million people will speak French in 2050. However, Astier and Pécher believe the supply of French books will not be able to meet the demand.

The writers of the article believe French publishers have never investigated the potential of the French book market, as they were under the assumption that it would never develop. It is still a compartmentalised market and French companies are still exporting books instead of their knowledge. There are only a few French publishers that are represented by an independent editorial body.

Astier and Pécher say that French books only seem to travel in one direction: from, and never to, France. They are even more alarmed by the fact that famous French authors have been become embroiled in this as well as trade names or rights remain firm on French ground. Companies such as Hachette, for example, have no subsidiaries in non-French-speaking countries, and very few in French-speaking ones, Astier and Pécher state.

As writers that are published by a Paris company are not allowed to work with other publishing houses, the situation for authors is no less gloomy. According to Astier and Pécher, selling French-language publishing rights is very difficult, even within the French-speaking world itself. Everything must happen via Paris, even if a writer lives in another country. Because of this, Astier and Pécher say, book prices often have no relation to the living standards in a country.

However, there are some rays of hope to be found for the French market: Astier and Pécher reveal that a few small, independent publishers are now on the scene, such as Chibab in Algeria and Maelstrom in Belgium. These companies are often ignored by the media and French book prizes, which the two writers find alarming as they believe the written word is an important cultural vector. They also worry about the publishers’ short-sightedness.

The strategy used by French publishers has consequences for the long term as well, Astier and Pécher say. The lack of a well-organised book market could mean countries create all-digital markets that are controlled by the big internet players. Moreover, African and West Indian writers turn to South Africa or Spain to find themselves a literary agent, which will mean the French market will lose out on new opportunities.

Astier and Pécher believe French publishers have quite some work to do: they should improve the terms of trade and create fair commercial ties, for example. The French market should change the way they work and quit looking inward. After all, they say, there is a great potential to be found in the French book market.