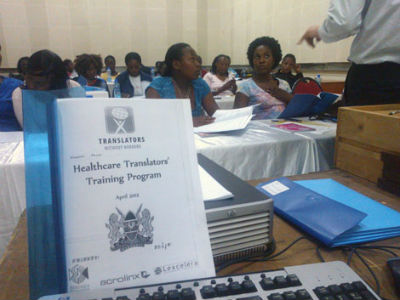 A new Wikimedia project has enabled Translators without Borders to widen its programmes concerning humanitarian subjects.

In an article on HumanIpo , Chris Udemans informs us about the latest developments within the Translators without Borders (Twb) organisation. According to Udemans, TwB translated over 14 million words in the last four years alone. These translations were carried out for 250 different NGOs, which is short for non-governmental organisations.

In fact, Lori Thicke, TwB’s president and founder, revealed that the organisation translated half of these words in 2013. The organisation was able to do so with the help of many donations from volunteers and donors.

Recently, Udemans says, TwB started a new project on Wikimedia called 100X100. According to the organisation, this project’s main focus is on medical and health care related content. The goal of the project is to translate the most popular 100 articles into a simpler English first, and then into 100 different languages. And with success, as Translators without Borders stated that almost three million words have been translated already, for example in the lingua franca of East Africa, Swahili.

To translate content into Swahili, a training centre has been opened up in Nairobi, the capital city of Kenya. The goal of this centre is to improve the translation skills of local translators. The trainees translate the content used in the Health Education and Training project of the Open University.

This project aims to train 250,000 healthcare workers that operate in the frontline of Sub-Saharan Africa  by 2016. TwB attributes to this project by translating texts from European languages into the ones used by the health workers. And slowly but steady, all text are processed – TwB states that 500,000 words have been translated already!