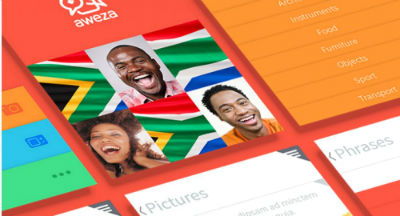 South Africa is the home of eleven different official languages. As you can image, this can lead to misunderstands and sticky situations. This is why a new, multilingual app has been launched to make communication between the speakers of all these different languages a little easier. 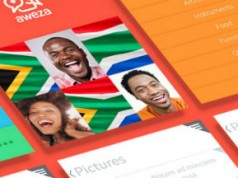 Website Enca gives account of a new mobile application. This new app, called Aweza, has been created by company Speak Mobile and aims to improve communication between the official languages in South Africa.

Its chief technical officer, Glenn Stein, says the app was developed because the company was interested in the socio-economic impacts of having 11 different official languages in a country. Moreover, Speak Mobile wanted to find a way to help people communicate in situations occurring in daily life.

In a video that precedes the article, Latashia Naidoo tells us that Aweza gives South Africans the opportunity to translate words and sentences from one South African Language to another. In the app, users can choose 18 different conversation topics. Aweza is available for Android only, Naidoo says, but it seems that this has not affected the number of downloads. In fact, in the three days that the app is available, it has already been downloaded hundreds of times!

Stein states that the app is “all about leveraging mobile technology.” At the moment, he says, this type of technology is not only extremely popular and influential, but growing at rapid speed as well. Stein thinks his app will ease communication between South Africans. Moreover, it can also bridge the cultural gaps that inevitably occur in a country with so many official languages.

Naidoo believes the multilingual app will bring about a revolution in the way South Africans communicate and believes it can contribute to the creation of a culturally diverse “rainbow nation.”