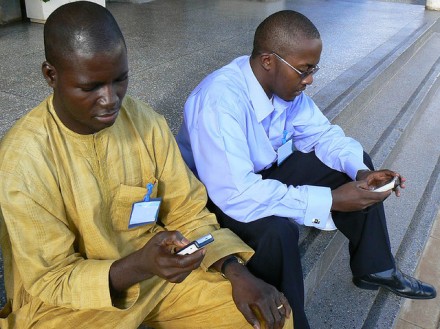 Home » Blog » Mobiles Increasingly Being Used for Reading in Africa

Mobiles Increasingly Being Used for Reading in Africa

A leading mobile reading platform says that young Africans have increasingly taken up reading on mobile devices. Could this spell a translation boom? 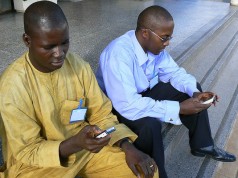 Through its mobile application, Worldreader, a not-for-profit organisation, allows people in low income countries to access books and stories through mobile phones.  Started in 2010, it also hands out e-readers and e-books to children in African countries.

On top of this it also has its own library, which now has 15,000 books in 10 African languages, accessible to users.

To further understand the habits, preferences and attitudes of mobile readers in developing countries, the organisation came together with UNESCO and Nokia to form some proper research.

Seven countries—Ethiopia, Ghana, Kenya, Zimbabwe, Nigeria, India and Pakistan –  were surveyed, where it found that access to text, specifically books, was as in many other developing countries, low.

The advent of the internet is thus seen as a great hope in reversing this state for developing countries. In addition to accelerating the spread of information, it has also helped democratise access. “Today, a robust internet connection gives a person access to more text than in all of the physical libraries ever built,” the study noted.

The report’s significant findings include that people read more when they are on mobile devices, that they enjoy reading more, and are increasingly reading books out to children from their mobile phones.

Women were also consistently more enthusiastic about reading than men—a general reason offered by the study was that in some communities where female education is lagging, reading on mobiles was seen as more socially acceptable.

The biggest obstacles to mobile reading were found to be limited content, connectivity issues and third, cost. Women were however more concerned about their airtime, reflecting their lower access to disposable income for airtime and budgetary priorities, researchers said.

The study, while noting increasing access to books did not translate to deriving relevant knowledge from them, urges governments and policy makers  to help diversify mobile content, start awareness campaigns about the benefits, and help reduce the cost of broadband and other technological barriers if the continent is to reap the benefits of higher literacy.

Read more about the study’s findings at M&G Africa