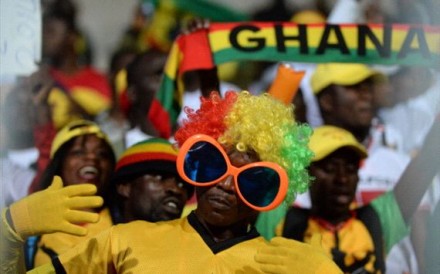 Home » Blog » Local languages must be central to education in Ghana

Local languages must be central to education in Ghana

More calls in Ghana from stakeholders within the education system to make local languages central to education . The voices across the continent for education in indigenous languages is getting louder and louder. 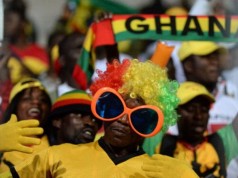 Speakers were expressing opinions at a stakeholders’ meeting in Tamale, the first stop in a road show of meetings across Ghana to get feedback that will be used in the revision of the country’s current Language Policy used as a medium of instruction at lower levels of education.

One such speaker was Dr Paul Opoku-Mensah, the Executive Director of the Ghana Institute of Linguistics, Literacy and Bible Translation (GILLBT). He states that the key reasons behind the call are that having to constantly change between English and local languages is confusing, the negative attitude to local languages needs major transformation and that the preference for English will kill the local culture.

Education experts in Ghana believe the existing Language Policy, particularly, as it relates to the inclusion of the Mother Tongue – Ghanaian languages – in education has been uneven and problematic at its best. Thus the need to change it.

The review of the policy is critical to the success of the ‘Ghana Partnership for Education’, a project being undertaken across all the regions, with support from the USAID. The project is designed to support child literacy .

“When a society ceases to grow in language, then the society is dying”.

Another speaker, Professor Kwesi Kwaa Prah, Emeritus Professor of Sociology, University of the Western Cape, South Africa, who delivered a lecture on, “The Language Question in Ghanaian and African Education,” encouraged all to attach seriousness to the issue of local languages for teaching.

So which languages are we potentially talking about using in education? As with many African nations, Ghana is a multicultural and multilingual society. There are many tribes and many languages. However, there are nine government-sponsored languages. The Bureau of Ghana Languages,  established in 1951, is responsible for translating and publishing materials in these languages.

Perhaps the most spoken or used language in Ghana, Akan comes  in a diverse number of dialects. With regard to official status however, only three are recognised; Asante Twi, Fante and Akuapem Twi.

Spoken in southeastern Ghana, Ewe is also spoken in Togo and Benin. It has aroound 3 million speakers. Ewe is part of a cluster of related languages commonly called Gbe.

Dagbani,  also known as Dagbanli and Dagbanle, is a Gur language spoken in Ghana which is closely related to and mutually intelligible with the Mampelle and Nanumba languages which are also spoken in Northern Region. Dagbani is also widely known as a second language in Northern Ghana. It is a compulsory subject in Primary and Junior High School in the Dagbon Kingdom, which covers the eastern part of the region.

The Dangme language, Adangme, is a Kwa language spoken in south-eastern Ghana by some 800,000 people. It is very closely related to Ga, and together they form the Ga–Dangme branch within Kwa.

Dagaare is the native language of the Dagaaba people in Ghana and Burkina Faso. It has been described as a dialect continuum that also includes Waale and Birifor. It is spoken in the Upper West Region of Ghana.

Ga is spoken in south-eastern Ghana, in and around the capital Accra. It has relatively little dialectal variation. Ga is a Kwa language, part of the Niger–Congo family. It is very closely related to Dangme, and together they form the Ga–Dangme branch within Kwa.

Nzema is spoken by the Nzema people in the Western Region of Ghana. It is also known as Nzima or Appolo. It shares 60% intelligibility with Jwira-Pepesa and is close to Baoule. The language is also used in Ivory Coast.

Kasem (also known as Kassena) is the language of the Kassena ethnic group and is a Gur language spoken in the Upper Eastern Region of north Ghana and in Burkina Faso.

Gonja is one of the Guang languages, part of the Tano languages within the Kwa branch along with Akan and Bia. It is spoken in the Northern Region of Ghana and Wa.

With all this variety, the Ghanian government certainly have their work cut out for them devising an education system that allows all language speakers to learn in their own.