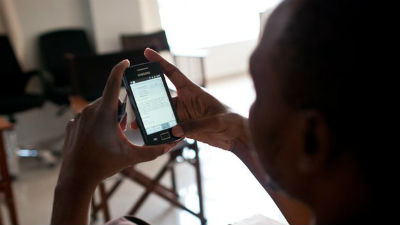 Africa Reaps the Benefits of E-Learning

Did you think that e-learning requires the most advanced technologies? Think again! E-learning in Africa is taking a flight, and a basic mobile phone is all users need. 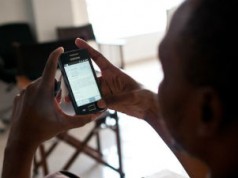 Recently, over 1,000 people from 68 countries got together in Kampala, the capital city of Uganda, for a conference called “Opening frontiers to the future.”

This conference dealt with e-learning – a combination of electronic media and ICT. In her article on DW, Julia Maas provides a little more insight in the matter. She says that during the meeting, British expert Harold Elletson stated that the e-learning phenomenon is greatly helping Africa. At the conference, Elletson presented the latest e-learning report, which included the opinion of over 1,400 specialists on the continent.

Elletson stated that e-learning isn’t only beneficial for African education, but for other sectors as well. He believes it to one of the main reasons behind the current economic growth and will allow for future growth as well. According to Maas, African farmers for example use their cell phone to set their own prices, as it allows them to take a look at the market prices. In addition, Elletson states that even tourism can reap the fruits of e-learning. After all, staff can easily be trained via mobile phones! Moreover, Elletson believes that mobile phones might still have a lot of untapped potential, basic mobile devices are already used for a great deal of education initiatives.

Smartphones are not that widespread in Africa; feature phones, however, are. Maas explains that feature phones are basically a lot simpler than smartphones, but often do have internet access. Facebook has cleverly found a way to penetrate this market, Maas says: in 2010, the company launched “Facebook Zero,” a version of the website that is compatible to feature phones.  Of course, Facebook first and foremost goal is to allow people to stay in touch with their friends, but Maas states that in the E-Learning Africa Report, it becomes clear that many African also use social media for their education.

According to Maas, Facebook is the most popular social network in Uganda. This is why lawyer Gerald Abila uses the service to give free legal advice. People in rural areas, Maas says, don’t have easy access to lawyers as 97 per cent of these live in Kampala. Abila founded  “barefootlaw” to help people solve their problems in a quick and understandable fashion. The staff works on a voluntary basis and deals with all kinds of legal matters. For example, Maas saya, Abila gave legal advice to the family of a deceased man concerning his widow.

Barefootlaw has also embraced other media channels such as Skype, SMS and radio, Maas says. Their website is currently being translated into three East African languages in order to reach non-English speakers  as well. Abila states that currently, Barefootlaw is the most active legal online portal in East Africa. He believes his organization shows exactly how powerful social media is – after all, their Facebook page already has 13,000 likes!